Due to the coronavirus, all kinds of traveling were banned to prevent the virus from spreading. This also impacts Muslims that cannot visit holy places of Islam to strengthen our iman. However, technology development nowadays allows us to go on a virtual tour to these holy places, such as the Kaaba, the holiest place for Muslims worldwide, and many other holy sites around the world.

Here are 13 holy places that you can pay a virtual visit during the pandemic.

With the help of technology, now you can visit places usually visited by Muslims during the ritual pilgrimages of the Hajj and Umrah pilgrims, which are Kaaba and the Great Mosque of Mecca or commonly known as the al-Masjid al-Haram.

You only need to sit back and enjoy the virtual odyssey of Al-Masjid an-Nabawi, the second holiest mosque after Masjid al-Haram. This mosque was built by the Prophet Muhammad and his companions who settled in Medina after the Hijrah.

You can say your prayer while making a virtual visit to the Al-Aqsa Mosque, which is located in an area called al-Haram al-Sharif (The Noble Sanctuary) in the Old City area of Jerusalem, near the Dome of the Rock (Qubbat al-Sakhra). In case you don’t know al-Aqsa Mosque is believed to be the first Qibla for Muslims.

Did you know that you can easily visit Jabal an-Nour, which houses the Cave Of Hira, from your home? It is the same place where Prophet Muhammad PBUH received his first revelation from the angel Jibrīl.

It is believed that this lake was once a huge blaze where King Nimrod threw Ibrahim, and the woods turn into fish. The surrounding community considered the lake and its fish sacred for many years, and you can experience a magical trip to this lake with only a click.

You can take a virtual journey to the Mevlana Museum in Konya, Central Turkey, and see the works of one of Islam’s most influential thinkers, Mevlana Jalaluddin Rumi.

In Iraq, an area called Najaf holds a shrine named The Shrine of Imam Ali that you can visit online. It is there that Ali bin Abi Talib, the son-in-law of the Prophet Muhammad PBUH, the son of his uncle and the fourth caliph in Islam, was buried. The place is also hosting the tombs of the Prophet Adam, Eve, and the Prophet Noah (AS).

A virtual visit is now available for you to see Selimiye Mosque in the Turkish border city of Edirne. You can feel all the details of the mosque as if you were actually there, and you even can also visit the Complex of Sultan Bazeyid II Health Museum at the same time.

The mosque commissioned by Suleiman the Magnificent and designed by Sinan, completed in only seven years, has 32 windows to enable lighting inside it. What are you waiting for? Take a virtual journey to this historical structure now!

You can see the wooden-carved fountain in the mosque, which was built in 1400 by Bazeyid in a virtual environment. It is mentioned that the Great Mosque is one of the historical symbols of western Bursa Province.

Through its virtual tour, you can see both the outer courtyard of the first mosque in Turkey with six minarets, the Sultanahmet Mosque.

The construction of the Great Mosque of Drivki, by Mengüjekid Amir Ahmed Shah, in the central city of Sivas was once included in the UNESCO World Heritage List. What’s fascinating is you can visit it without having to leave your home.

There is the tomb of Abu Ayyub al-Ansari in the garden of the Eyüp Sultan Mosque, and the Ottoman sultan used to visit this shrine before they got out on a military campaign. You can virtually visit this holy site now. 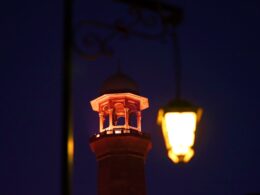