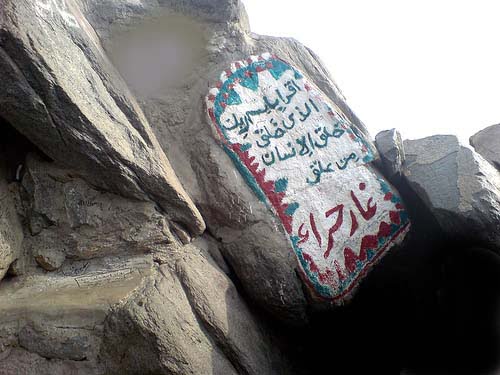 These are the facts about Cave Hira which every Muslim needs to know, these are indeed very interesting facts that will enrich your Islamic knowledge.

Two miles away from the Holy Kaabah a mount named Hira is located. It is also known as Jabal-e-Noor and Jabal-e-Hira. Jabal-e-Noor means “the mountain of light”. It appears among the most regularly preferred Ziyarat spots of Makkah.

The Hira Cave is a small cave established on the dimensions of 4 meters in length and 1.5 meters in width. The mountain itself has a slope of 380 meters forming the height of 500 meters. It possesses a shape that resembles a camel’s hump. The mountain is covering the area by about 5.2 square meters.

The first revelations of the Holy Quran which was sent to Prophet Muhammad (PBUH) were sent at the Hira Cave in Ramadan, 610 CE. The Quran states this night as “the Night of Power”.

Before the revelations appeared, Prophet (PBUH) used to have good dreams which were linked with the happening of revelations. Such dreams turned out to be true by an angel.

4. Angel Jibrael (AS) came to this cave

On a night, the angel appeared looking like a man at the time of Tahajjud and said to the Prophet (PBUH), “Read”. Upon which He (PBUH) stated that He can’t read. Further, the angel requested Him to read, two more times and all of the times again, He shared that He is unable to read. Lastly, the angel stated that;

On this revelation, the Prophethood of Muhammad (PBUH) was started. When He (PBUH) moved out from the Hira Cave, halfway down from the mountain a voice entered His ears;

“O Muhammad, you are the Messenger of God, and I am Jibrael”

Prophet (PBUH) gave a look at him and started moving forward. But to his surprise, the angel was present at the horizon in every direction where He put his sight. Till Jibrael got away, Prophet (PBUH) got frightened. On returning the house, He (PBUH) asked Khadija (RA) to cover Him in order to get relaxed.

The Quran was revealed completely by 22 years, 5 months and 14 days.