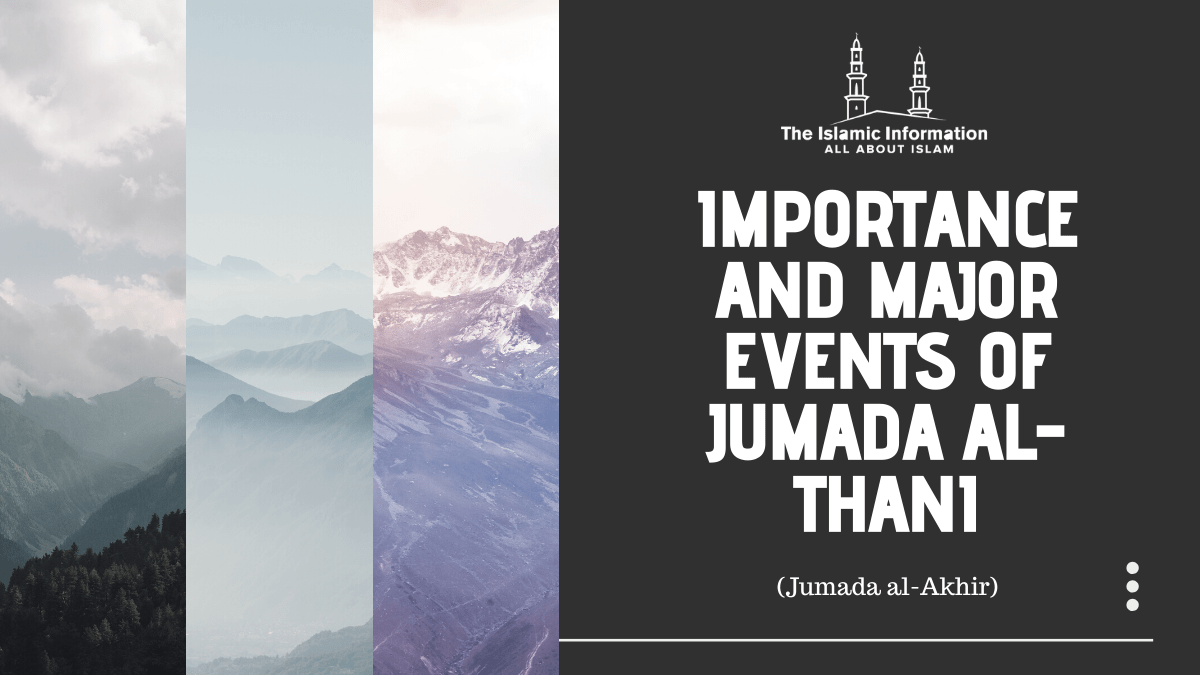 Also known as Jumada Al-Akhir, Jumada Al-Thani appears as the sixth month in the Islamic Calendar.

The word Jumada denotes dry and patched land, the land which is devoid of rain. Hence it portrays the dry times of the year. The calendar-based on months possesses an essential role in terms of scheduling time and significant events in the daily routine of their respective believers.

A variety of types of almanacs are present which are created by the people of the other religions and areas just to know about specific occasions, holidays and traditions, etc. The Holy Prophet (PBUH) reached age 40 by this month and was ready concerning his divine duty.

Surprisingly, one day while he was in the cave located at Mount Hira, the Angel of Revelation, Gabriel appeared and stated to him; Recite!, He then asked with surprise, “What shall I recite?”. Again, the divine voice very openly and clearly quoted, “Recite, O Muhammad!”

In this month, the death of Umm al-Banin (RA) Fatimah Bint Huzam Al- Kulabiyah also took place, who is also known as Umm al-Banin i.e. the Mother of the Sons. She was married to Ali Ibn Abi Talib (RA). She belonged to the Banu Kilab Kalbasi, Khases Al-Abbasiah tribe (1387 S.H.), which is a branch of Tribes of Qais Ailan.

Jumada Al-Thani also consists of the birth event and the passing of Fatimah Bint Muhammad, who is also remembered as Fatimah Al-Zahra, the youngest daughter of the Holy Prophet (PBUH) and Khadijah. These were the most important, historical events of Jumada Al-thani.