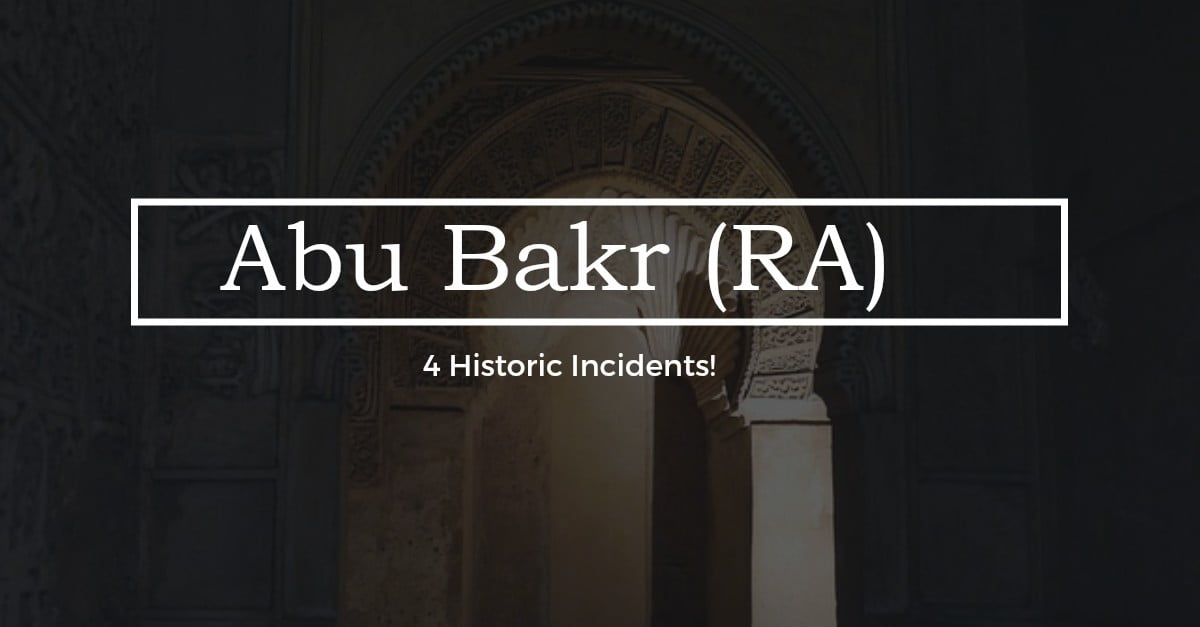 He was also the first person who accepted the Islam upon the invitation given by Muhammad Prophet PBUH), these 4 incidents from his life will cherish your day;

After becoming the Kahlifa, He (RA) used to milk the goats of the widows who used to live in his neighborhood. After he selected as the successor, a widow said “Now he will not milk our goats.” In reply to this, Abu Bakr (RA) said, “No, The caliphate will make no difference, i will milk your goats.“

Upon the conquest of Makkah, horsemen stolen the necklace from the neck of his sister. Abu bakr, upon the people gathered in the mosque, said, “I call for the necklace of my sister in the name of Allah.” He said this same line for the three times, but there was no reply to his question.

After getting no reply, he (ra) said, “O sister, reckon upon your necklace as a present to God, for by Allah there is little of honesty among men nowadays.“

3. His Immense Love For Muhammad (PBUH)

At one time, he was addressing to the last messenger of Allah, Prophet Muhammad (Peace and Blessings Upon Him), he said;

After listening to this, Abu Bakr (RA) became outrageous and slapped the Finhas, a jewish rabbi.

His (RA) love and dedication towards Islam and Ummah made him among the top 4 Caliphs selected as the successor, the was the first successor including Uthman (RA), Umar (RA) and Ali (RA).