Abu Bakr (RA) was the senior companion of Muhammad Prophet (PBUH), he was also the first caliph of Islam as well as he was the father-in-law of Muhammad (PBUH).

History does not describe the specific disease from which Abu Bakr (R.A.) died. In 634 CE, he died naturally.

He led the prayer as the first caliph of the Islamic empire after the death of Prophet Muhammad (peace be upon him).

How many hadiths did Abu Bakr (R.A) narrate?

Why was Abu Bakr (R.A) elected the first caliph?

In Medina in 632 CE, a few months after the Prophet Muhammad (peace be upon him) died, he was elected by the companions of the Prophet (sahaba).

Is Abu Bakr (R.A) mentioned in the Quran?

The Quran does not mention Abu Bakr by name, since it was revealed before he converted to Islam. However, the Quran mentions the importance of the Prophet Muhammad’s companions and their role in the early Islamic community. Many believe Abu Bakr’s leadership as the first caliph of the Islamic empire reflects the importance of leadership and the qualities that leaders should possess.

There is no evidence that Abu Bakr wrote the Quran.

The names of his (R.A) wives are as follows: The first wife was Qutaila, Second wife was Umm Ruman, Third wife was Habiba and fourth wive was Asma.

Do share this important information with your friends and other Muslim brother and sisters. 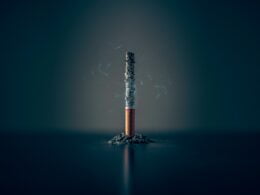 As Per Surah Al-Hujurat, These are the 5 Traits Muslims Should Give Up 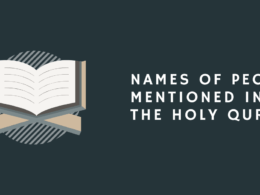