Khadija bint Khuwaylid (RA) was the Prophet Muhammad (PBUH)’s first wife, and she made a great example of herself for the women to come.

As we know, the Prophet has some wives he married like Khadijah, Aisha, Sudah and many more. However, the Prophet married many times not to fulfill his own desires, often the Prophet actually married old widows whose husband died in the war.

In addition to Aisha who was so loved by the Prophet, his beloved wife was Khadijah bint Khuwailid (RA). He is the only wife of the Messenger of Allah (peace and blessings of Allaah be upon him) whom he never broke.

Khadijah (RA) married the Prophet when he was 40, while the Prophet was 25 years old. At that time, the Prophet who was expert in trading and named Al-Amin because of his honesty also traded Khadijah’s merchandise belonging to a wealthy merchant.

At that time Khadijah (RA) had become a widow after being left dead by her two previous husbands, Abi Haleh Al Taimmy and Otaeq Almakzomy. Uniquely, at the wedding, Khadijah was the first to point out the intent to marry the Prophet. Khadijah was attracted by the honesty and the special qualities of the Messenger of Allah. With the help of a third person, Nafisah Binti Munyah, they finally got married.

Their love story is also not without obstacle. Khadijah (RA)’s attitude which applied to the Prophet was first criticized by his own family and relatives because based on the custom in Arab at that time, the unlawfulness of a woman was male. However, Khadijah still did it and against the absence of such fundamental restrictions.

Khadija bint Khuwaylid (RA) was the person who enveloped Rasulullah when he received his first revelation, the first verse of the letter Al-Iqra which means “recite.” Khadijah was the person who accompanied the Prophet in the early days of his prophethood. Khadija bint Khuwaylid (RA) was the first to admit the prophethood of the Prophet and the first woman to embrace Islam.

During his life, Khadijah continued to spend his money in the way of Allah to help Rasulullah spread the religion of Allah. From his marriage to Khadijah, the Prophet was blessed with 4 children, namely Zainab, Ruqayyah, Ummu Kultsum and Fatimah.

Until Khadijah (RA) was summoned by Allah, the Prophet never married again. Just after Khadijah died, one of the companions of the Prophet advised him to marry again with Aisha bint Abu Bakr (RA). 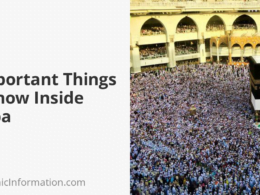