Israeli authorities are planning to turn part of the historic Al-Yusufiye Muslim cemetery into biblical gardens.

On Monday, the Israeli municipal authorities continued the demolition of a historic Muslim cemetery in the occupied city of Jerusalem despite protests from Palestinians whose relatives were buried in the cemetery.

According to the Head of the Committee for the Preservation of Islamic Cemeteries in Jerusalem, Mustafa Abu Zahra, the Israeli city crew and officers called the Nature Protection Authority continued to bulldoze parts of the cemetery located adjacent to the walls of Jerusalem’s Old City.

He added that the Israeli occupation municipality plans to demolish the Al Yusufiye cemetery to build the “Bible Trail,” a string of national biblical parks in the south of Jerusalem’s Old City.

Israeli occupation authorities have demolished part of the graves over the past two weeks, exposing human remains buried in the tombs of Jordanian soldiers who died in the 1967 conflict.

On Monday, the Palestinian Muslim Scholars Association condemned the demolition of the historic Al Yusufiye Islamic Cemetery carried out by Israel municipality occupation.

The actions of the Israeli authorities were considered very disrespectful to the feelings of Muslims, especially those whose families were buried there.

The association also called this demolition a form of “Judaization,” which in the future it feared could lead to an escalation of the Israeli occupation. They urged Muslim scholars in the Arab and Islamic worlds to intensify awareness of Jerusalem’s “Judaization” effort.

The Israeli occupation authorities have also previously demolished the grave wall adjacent to the Al-Asbat Gate and moved the archaeological stairs leading to the burials of the martyrs in December 2020.

Meanwhile, in 2014, the occupation authorities prevented burials in the northern area of the cemetery. They moved twenty graves of the Jordanian soldiers martyred in 1967 to the Cemetery of the Martyrs and the Unknown Soldier Monument. 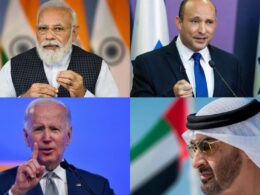 Despite Insults Against Prophet Muhammad, UAE Form New Bloc With India, Israel and US 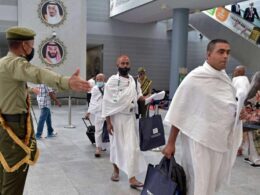