After being declared illegal, the ancient Bilal Mosque located in Faridabad in the Indian state of Haryana is now officially demolished by the Indian government.

According to the sources, the demolition of encroachment on forest land in the village of Khori Gaon Faridabad was ordered directly by the Supreme Court of India. This order has been issued by the court to the Municipal Corporation of Faridabad (MCF) since last year, precisely on February 19, 2020.

Villagers complain about the actions of state and municipal authorities that punished the poor swiftly, while on the other hand, they spared the rich who build farmhouses and commercial buildings on forest land.

The city’s municipal were forced by the decision of Indian SC to finish the encroachment demolition within four weeks. A video uploaded on social media showing how the ancient Bilal Mosque in Haryana being destroyed to the ground by the Indian government.

Pakistan, through its Foreign Office Spokesperson, Asim Iftikhar Ahmad, condemns the unjust demolition of the ancient Bilal Mosque Haryana by the Indian government, which they called a violation of human rights against India’s Muslim minority.

The perpetual targeting of Muslim places of worship under the BPS-RSS regime is an indelible stain on the country which is said to have the largest democracy.

Pakistan urges the world to take action and hold Indian accountable for systemic human rights violations against its Muslim minority.

The FO blamed India for the destruction of Muslim places of worship that occurred several times in the past, one of which was when the Indian Supreme Court approved the construction of Ram Mandir on the site of the historic site Babri Masjid that was destroyed by the Hindu extremists in 1992.

The FO also pressures the Indian government to provide safety, security, and well-being for its Muslim citizens and their places of worship and cultural sites. 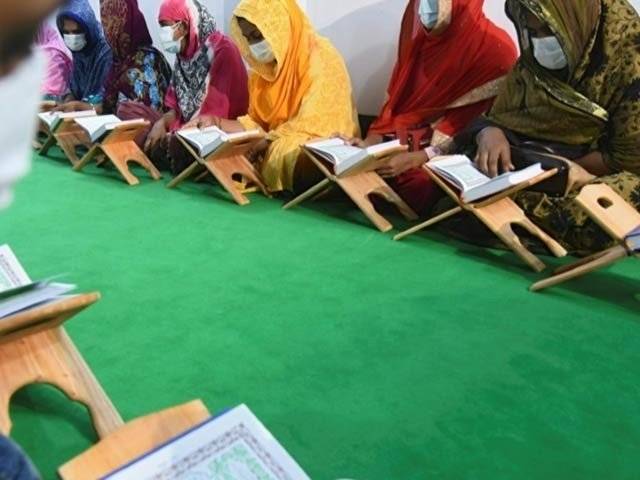