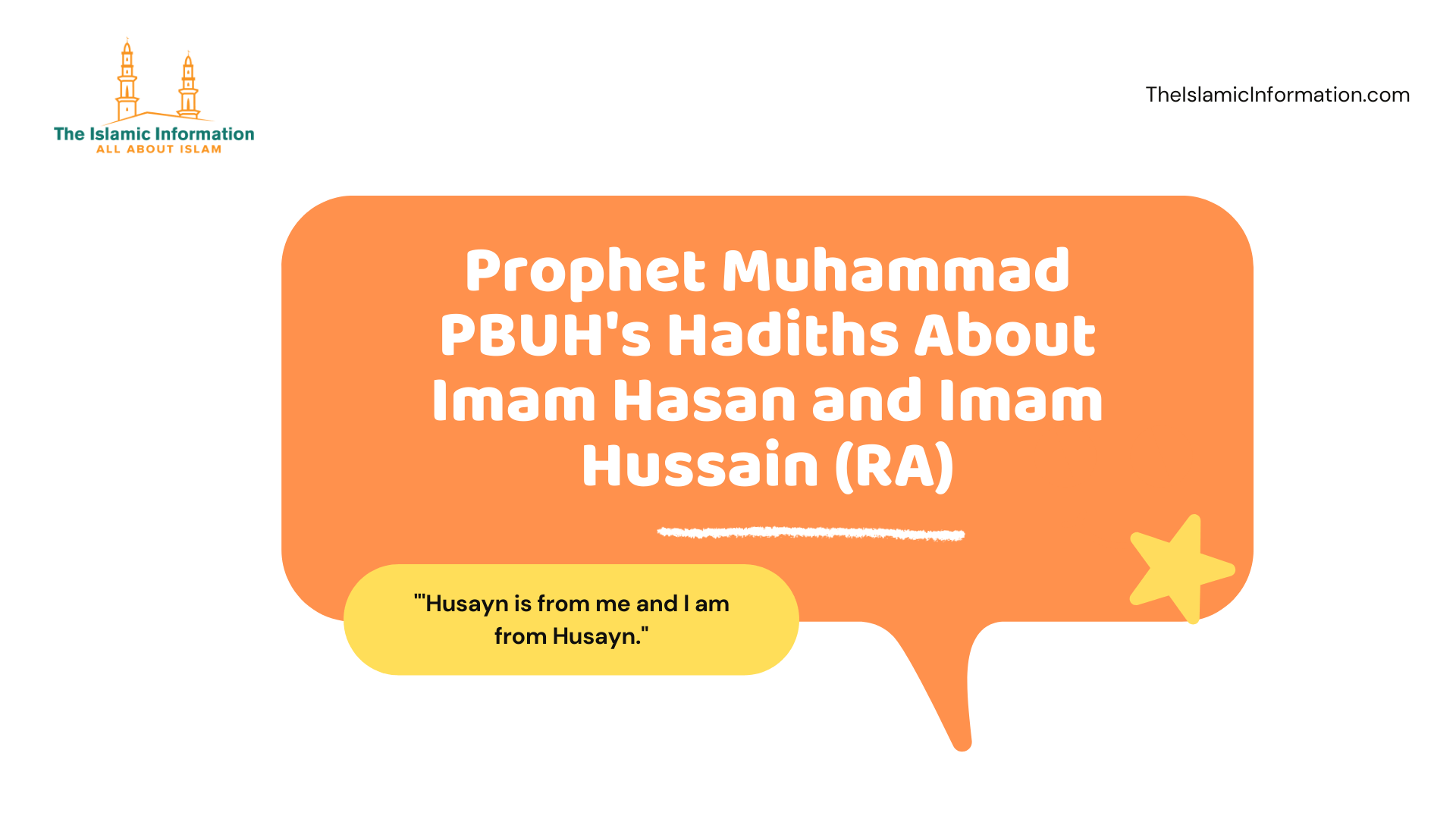 The great and excessive attention from Prophet (PBUH) towards him and Imam Hasan (RA), his brother, is the deep and most beautiful aspect of the life of Hazrat Hussain (RA). Prophet Muhammad’s (PBUH) affection for them was so clear that the narrators and historians noted a variety of moments of affection. The following are a few moments from these incidents.

The eldest son of the Prophet’s (PBUH) daughter Fatimah (RA) and Hazrat Ali (RA) was Al-Hasan Ibn Abi Talib. He was also the elder brother to Hussain (RA), along with being the fifth Caliph (Rashidun). Muslims know and give respect to him as the grandchild of the beloved Prophet (PBUH). After his father’s death, Hasan was selected as the Caliphate yet dictated to Muawiyah, the originator of the Umayyad dynasty to call off the first fitna, after six or seven months.

The caliph turned into leadership after Hasan (RA) abdication. Hasan (RA) was famous for his donations, kindness to the bondmen and the poor, his tolerance, bravery, and knowledge. Hasan (RA) spent the rest of his life in Madina till his death is 45 years old. He was buried in Madina, in the Jannat Al-Baqi cemetery. Ja’da bint Al-Ashat, his wife is commonly blamed for poisoning him to death.

Also, the Members of Ahl-e-Kisa (Cloak). Khadijah bint Khuwaylid was the maternal grandmother of Hussain. Hasan (RA) and Hussain (RA) were considered by the Prophet (PBUH) as His own sons because of the love He had for them and as they were Fatimah’s (RA) sons.

1. You will be in Jannah if you love them

2. Imam Hasan and Imam Hussain (RA) are the two Flowers

5. Leaders of the Youth in Jannah

Do share this article and spread this beautiful hadiths.