Home » News » What is Love Jihad? What Does This Law Mean? 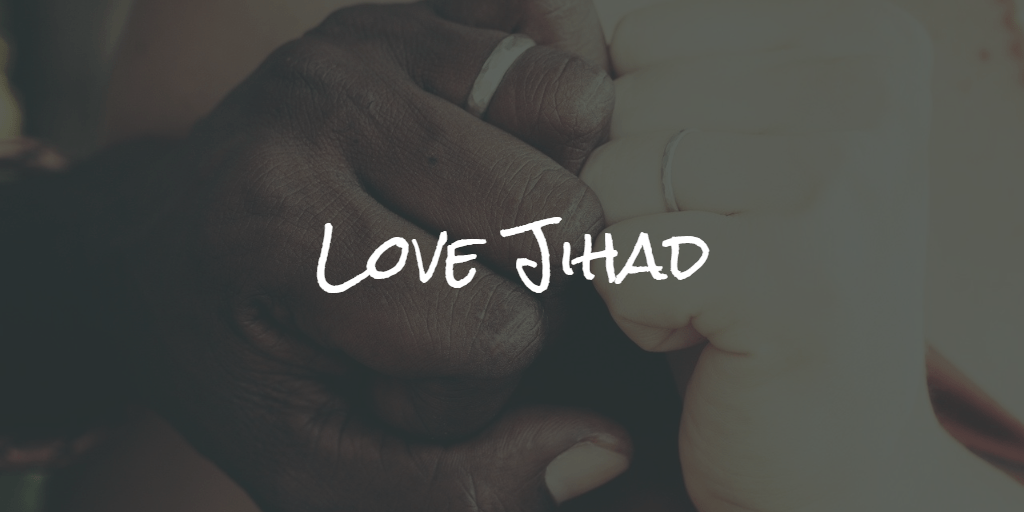 Love Jihad is an Islamophobic conspiracy theory where Muslim men target non-muslim women, and they forcefully convert them to Islam by feigning love.

Inderpal Grewal has also described this movement as anti-feminist due to paternalistic attitude towards women’s choice in marriage and by forcefully using women’s rights as a cover for Hindu nationalism. In 2009, in India, this concept rose to national attention with forceful conversations, first in Kerala and later in Karnataka.

Later, the claims spread all over India and beyond further towards the United Kingdom, Pakistan, and Myanmar with public incidents in 2009,2010,2011, and 2014. In India, The allegations of Love Jihad were rejected by the Muslim organizations, but the concerns were raised in various Hindu, Sikh, and Christian organizations.

According to Reuters, in 2014, the idea of Love Jihad was widely regarded as a conspiracy theory by the Indian mainstream. For many people, this concept has remained a source of political contention and social concern.

The 4 BJP ruled states include Uttar Pradesh, Madhya Pradesh, Haryana, and Karnataka, made laws designed to prevent the forceful conversions of religion through marriage, and it is commonly called as laws of Love Jihad.

The Bride and groom in India do not select their partners themselves, and India also a long-term traditional background of arranged marriages, but in the years 2000 and 2010s, India has seen a rise in love marriages although there were tensions around interfaith marriages along with other traditional discouraged unions.

In Islam, marriage is a legal contract with requirements around the religion of the participants, but Muslim women can not marry non-muslim men and are only allowed to marry Muslim men. The Muslim men may marry people of the book interpreted by most to include Jews and Christians, including the inclusion of Hindus disputed.

Marriage between Hindu men and Muslim women is a legal civil marriage under the Special Marriage Act of 1954, including Sikh, Jaina, and Buddhist.

Love Jihad is a Farce Illusion in the minds of the racist and fascist modi and his sangh parivar goons. In reality there is no such thing

what atrocity is that, muslims must not marry anybody from the polythiest religion