MAKKAH – According to a Saudi newspaper, a Saudi cleric, his wife, and their five children have died in a road accident in a coastal city.

According to Okaz, a speeding truck collided with a car carrying seven passengers on a highway near the coastal city of Al Qunfudah, resulting in their deaths.

It was reported by a local newspaper that Sheikh Ahmed Al Basissy and his family were returning from Makkah after performing the Umrah or lesser pilgrimage there when a truck collided with their car.

In the aftermath of the fatal crash, the victims’ neighbourhood was plunged into grief.

The departure of the Imam and his family has shocked several Saudis, who have posted online condolences. The late clergyman was shown delivering sermons on video by some mourners.

In addition, Saudi Arabia’s Minister of Islamic Affairs, Abdul Latif al-sheik, expressed condolences on the passing of the veteran cleric.

Ahmad was a ninth grader at a Quran memorization school complex, and the staff and students expressed deep sadness over his death.

His morals and pursuit of knowledge were an example to students, according to the institution’s manager, Darwish Al Magrabi.

The late cleric was described as an excellent and helpful individual by Al Magrabi, who paid tribute to him.

The victims were buried following an Islamic death prayer in the Grand Mosque. 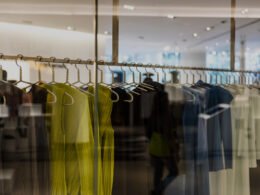