HomeNewsCave Hira and Cave Thawr Will Be Refurbished, All Drawings and Writings Will Be Removed
2 minute read
3 comments

Cave Hira and Cave Thawr are ready to get refurbished, which are located within the city of Makkah, which will take place on an urgent basis focusing on the benefit of this lockdown period.

The Cave Hira is situated two miles away from the Grand Mosque. The cave is less than four meters in length and is greater than one and a half meters concerning the width. In this cave, the first revelation of the Holy Quran was made to our holy Prophet (PBUH) in the Holy month of Ramadan, 619 CE.

The Cave Thawr is the place where Prophet Muhammad PBUH and Abu Bakr (RA) hid from the Quraish Tribe.

Both of the reconditioning projects are being managed by a team of the Royal Commission for Makkah, the Emirate of Makkah Province and the Holy places, Makkah Police, Makkah Mayoralty and the Authority for Development of Makkah province. The purpose of these projects is to clear out all the alterations made at these two Holy areas that had disfigured them throughout the previous years.

The projects of development were becoming an impossible task to perform in the normal days as they stay full crowded by the pilgrims coming from throughout the globe. These places now will be converted back to their original position involving a lot of stages. In the initial stage of 30 days, the rocks would be washed to clear out the drawings and inscriptions.

And the two roads that lead to these caves would also be cleaned with the same method by using the latest technologies. Furthermore, the zinc canopies, wooden developments, and the concrete structures would be removed. And in the other stages, the surroundings of these caves and their roads would be reconstructed. 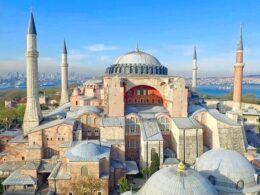