Pakistani Foreign Minister Shah Mehmood Qureshi has said that the heartbreaking incident of blasphemy in India has hurt the feelings of Muslims. The entire Muslim Ummah should respond to this incident.

Yes, the Muslim minority in India today is not safe. He stressed that Human Rights Watch, Amnesty International, and other international human rights organizations should take note of the incident.

He said that it is not right to martyr a mosque and make it a temple. The secular state has been buried by this government of India. Today a fanatical Hindu state is being born in India. Shah Mehmood Qureshi said that this is not an internal problem.

This is a matter of humanity and Pakistan has the right to raise this issue. Pakistani Foreign Minister said that we had raised this issue with the officials of the Indian High Commission yesterday and Pakistan had reacted.

Yesterday, Pakistan’s Foreign Office had recorded a strong protest in India against a blasphemous post on social media about the Prophet of Islam, Prophet Muhammad PBUH. A statement issued by the Foreign Office said that the blasphemous post against Islam offended Muslims. And this is a reflection of the growing Islamophobia and targeting of the minority community in India.

The Foreign Office said that Indian police, instead of using force to stop hate crimes against Muslims and Islam, killed four protesters and injured several others. The incident in India added that the Muslim community in the area The vandalism and assault on police personnel are being falsely described.

The Foreign Office said that the rising incidence of religious hatred in India was directly and unequivocally a manifestation of the extremist ideology of the RSS-BJP joint Hindutva. Civil society has called for justice for the Muslim minority in India.

According to Indian media reports, outrage erupted after a close associate of Congress MLA Akhanda Srinivasa Murthy posted an insulting post on social media site about the Prophet Muhammad, but the post was later deleted. After the post, a mob rushed outside the local legislator’s house and set fire to 2 vehicles.

According to police, Muzammil Pasha of the Social Democratic Party of India (SDPI) and six others were detained for questioning in the case, Bangalore Police Commissioner Kamal Punt said in a Twitter post. The MLA’s Aziz was arrested for making the above post while about 100 people have also been arrested for rioting and arson and the situation is now under control.

It should be noted that this is not the first time that such riots have taken place in India, but even before that, there have been religious riots, in which most of the Muslims were targeted. Such riots have escalated since the party (BJP) government and Narendra Modi became the Prime Minister. In February this year, religious riots broke out in the Indian capital, New Delhi, killing 50 people, mostly Muslims, and damaging Muslim property. 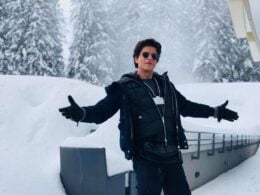 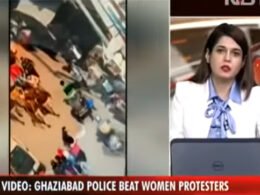