Slowly but surely, NFT is gaining traction in Islamic arts and culture. The significant growth of the NFT art market has also encouraged Muslim artists to create digital works of Islamic art, some of which are allocated for charitable purposes, such as on December 26, 2021, where four Muslim artists took part in the Giving Is Beautiful charity art gallery in Chicago. They donated all royalties to Baitulmaal, an international humanitarian aid organization.

Globe NewsWire reported that recently there are plans for a unique charity project on Ethereum, the world’s most active blockchain network and the home of NFTs, that will mint thousands of mosques to support over 10 charities. The project, known as the NFT Mosque Project, plans to mint a collection of 12,000 unique-hand drawn NFTs of the grandest mosques in the world.

It is known that the first NFT will be minted from April 1, 2022, with a floor price of 1 ETH. The floor price is deliberately set not too high considering the purpose of this project itself is charitable purposes.

Specifically, there will be 65 types of mosques separated according to territories. So the fewer mosques from a given region, the more valuable they are in the open market. In addition, NFT mosques will also be rewarded based on how revered each site is in the real world. The Kaaba Mosque NFT will be the most valuable collection.

It is explained that lucky users who mint NFT will be given a special gift at the end of the mint. In addition, the user who can score the most NFTs in each of the twelve rounds will be entitled to a branded watch from Jacob & Co, which is the exclusive partner of The Mosque NFT Project. After the collection is minted, there will also be a raffle to determine certain NFT holders to receive worthy prizes from the team.

Approximately 50% of the proceeds from the sale of the 12,000 NFT mosques will be transferred to over then charities to be used to help people. Some of the charities that will receive proceeds from the sale are Mila 4 Africa, One Nation UK, Save The Children, Give Directly, Mohammed bin Rashid Al Maktoum Knowledge Foundation and many more. The other half of the funds raised will be used to build the first NFT mosque in the metaverse, decided by the community.

Apart from being for charitable purposes, this project was also created to highlight the injustices that people face because of their religion and how such stereotypes can be broken.

Celebrating April Fools' Day Is Against The Teachings of Islam 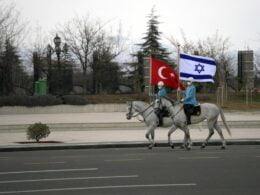 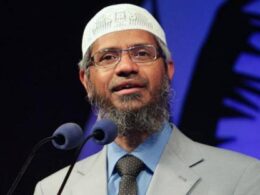