King Abdulaziz International Airport, located in Jeddah, Saudi Arabia, recently announced the launch of a new free shuttle service for Umrah and Hajj pilgrims. This service is provided to help and facilitate pilgrims who will worship at Masjid al-Haram.

A statement issued by the airport on social media Twitter explained that the new service would take Umrah and Hajj pilgrims from Terminal 1 of the airport in Jeddah to Masjid al-Haram in Makkah.

It was further explained that transportation in the form of shuttle buses is free of charge for pilgrims who meet the following conditions:

The Kingdom of Saudi Arabia is reportedly continuing to build supporting transportation facilities to make it easier for pilgrims who want to worship at the Two Holy Mosques, including operating the Haramain high-speed train for the public in 2022. The train carries pilgrims and other travelers from Makkah to Madinah.

The mega project, worth 60 billion Saudi Riyals or 16 billion US dollars, is the largest railroad in the Middle East. The train is targeted to be able to transport 60 million passengers per year. The Haramain train route also passes and stops at Jeddah King Abdulaziz International Airport and King Abdullah Economic City (KAEC).

Chairman of the Public Transport Authority (PTA) Rumaih Al-Rumaih said the operation for passengers marked a shift in national history in the Kingdom of Saudi Arabia’s modern transportation industry. He said the train operates from Thursday to Sunday, four days a week. 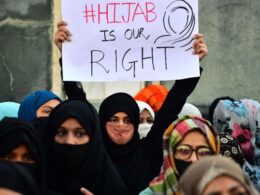