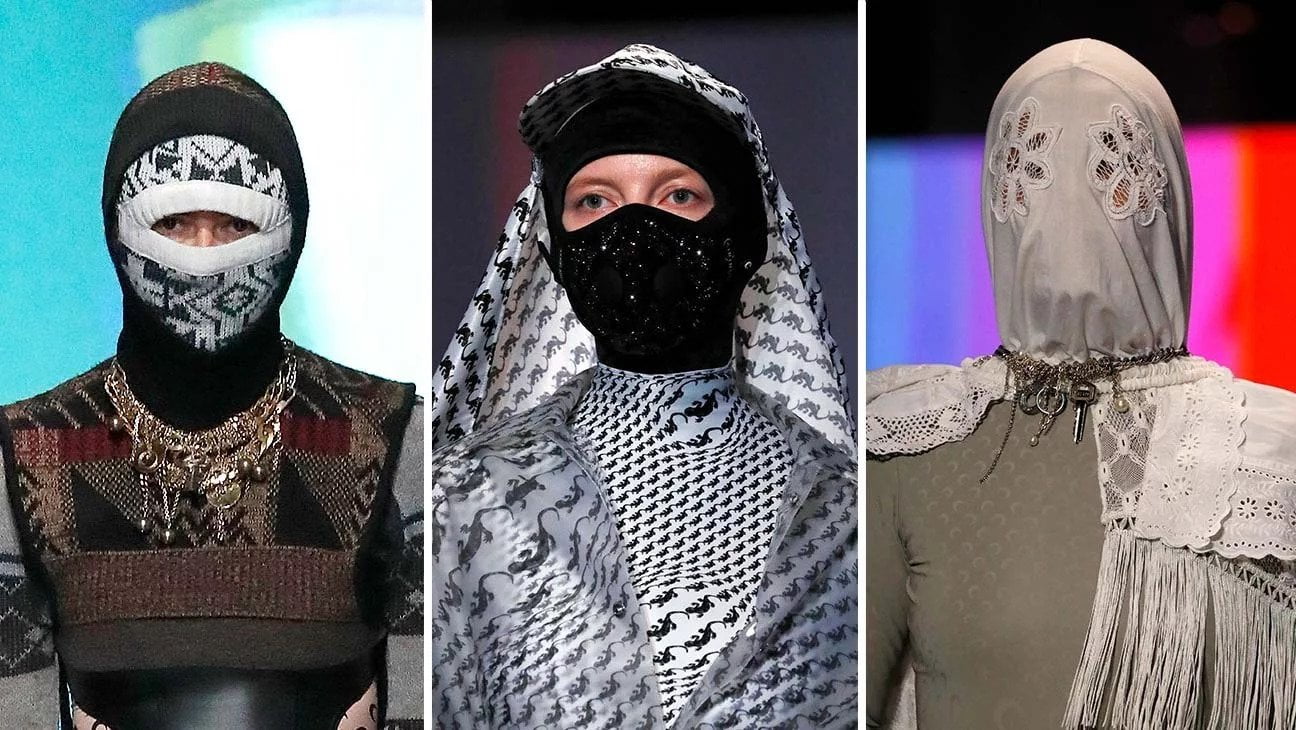 A few days back, we had reported that France was the first European Country that banned veils (Covering of face) in public places.

Since 1st April 2011, it was illegal to wear a face veil or other masks in public places.

Now, France has launched a new law which states that if someone is not covering their face will be fined €150.

Last month the in a famous fashion show, The Paris Fashion Week, the models were seen different sorts of face masks that were identical to the ones Muslim women wear all around the world.

The fashion brand on Paris Fashion Week showcased a number of outfits that have face masks, what Muslims call Niqaab, as the coronavirus continues to spread all across the world.

A large variety of face masks were showcased that included Knit pieces as well as gingham prints, fully covering the faces of the models on the runway.

It was indeed surprising to see that in France, where the covering of the face was considered an illegal act, and now they’re forcing their locals to cover their faces.

People all around the world tweeted about it, have a look!

France was the first-ever country to ban face veil, citing the condition that it is tough for the surveillance cameras to spot a person, also added that it increases the chances of a security breach as it allowed the suspect to hide identity easily.

Muslims all around the world condemned this decision back in 2011, calling it a way to oppress Muslims living in France.