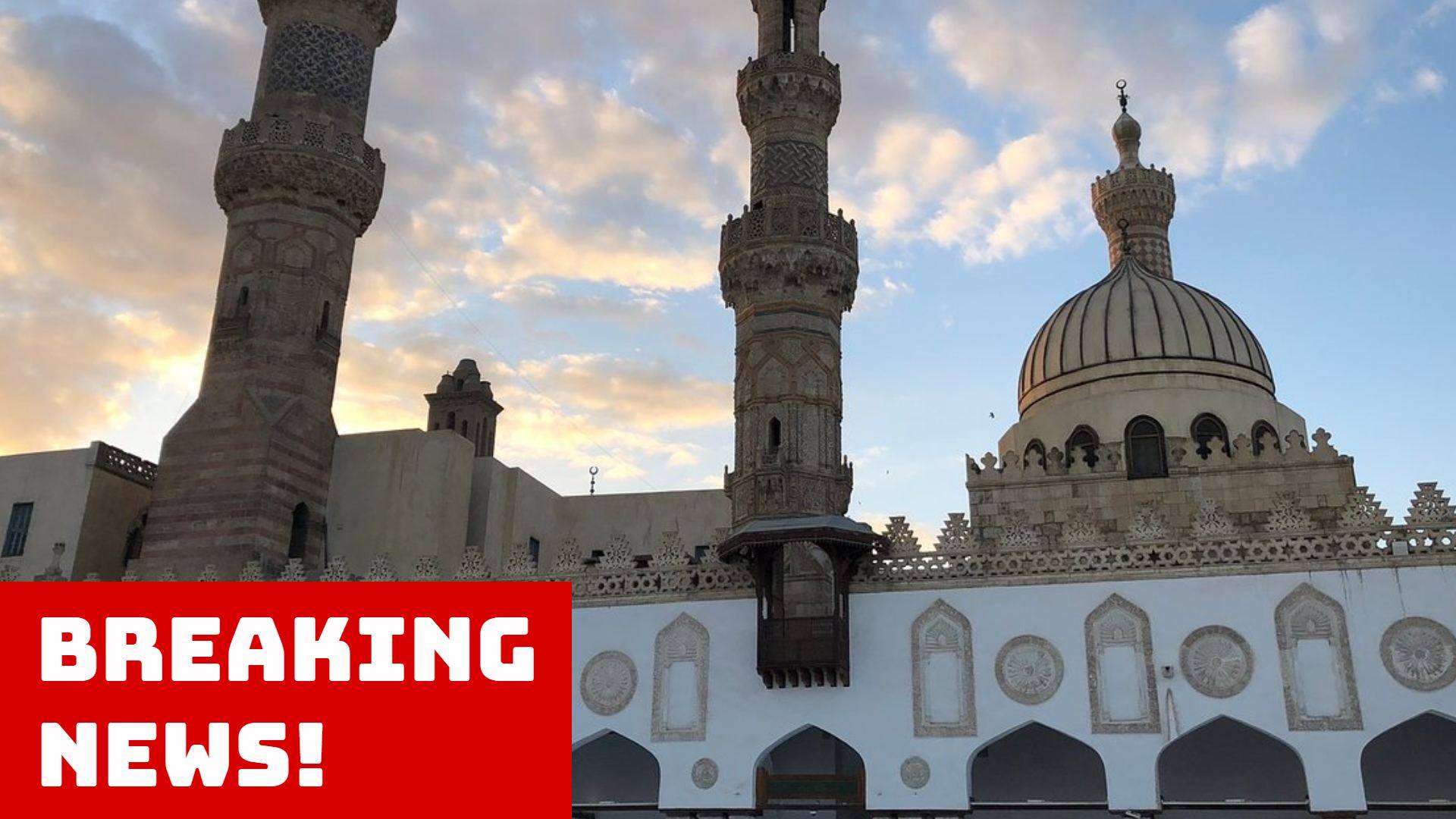 A famous mosque located in Cario, Egypt is under fire. The fire broke out in one of the rooms on the third floor.

Dr. Ahmed Al Tayeb, Grand Imam of the mosque, and Sheikh Al-Sharif, Sheikh of the mosque have confirmed that the fire was broken out in one of the back rooms located on the third floor of the mosque.

The Grand Imam and the Sheikh of the mosque have laid out the directives to do whatever is necessary to contain the fire at the mosque.

The Grand Imam, Dr. Ahmed Al-Tayeb, has confirmed on a telephonic conversation that the mosque’s main areas are not affected by the fire.

Further confirmed that the newest renovation, that had been taking place in the mosque has also not been affected. Grand Imam has also ordered to present him the report of the cause of the fire and the damage.

Director of Al-Azhar Mosque, Dr. Hani Odeh, said that the fire broke out few hours ago, and have confirmed that the fire has been controlled after the help from the Civil Protection Forces (CPF).

The Defense Forces and other authorities are currently at Al-Azhar Mosque under the suppervision of Dr. Abdel Moneim Fouad and the Director of the Mosuqe, Dr. Hani Odeh.

The mosque has been temporarily closed but will be open for Jummah (Friday) Prayer.

This is an updating story, we will keep updating it as soon as we have more information…