Shirk In Islamic law, is an impermissible act involving the association of partners or rivals with Allah. There are three types of Shirk: the major “shirk”, the minor “shirk” and the hidden “shirk”.

Hence not every one of us understands the sensitivity of this type of sin and whether we are committing them without realising. Here are some examples:

Many of our sisters say that “Hijab is not compulsory, there’s no law that says it…” This is a way of keeping authority over what Allah has ordered and is considered as a major “shirk”.

It is impermissible to place admiration on things or people in a way that it leads to attributing lordship. For example “I swear on my son’s life that I have not committed this crime.” Such attributions are considered as minor “shirk”.

Admiring people to such a point that you offer them love that is due to Allah only. For example, many youngsters admire their favourite pop-stars so much that they immerse themselves in their world.

Giving charity for the purpose of showing off instead of doing it for Allah is considered as a minor “shirk”.

5. Associating Allah or His Will To People

Very often Muslims say “If it were not Allah and You, this would have been impossible.” In this statement, they are already associating the occurrence of the situation with another person, together with Allah, which is a minor form of “shirk”. It is permissible to say it in this way “As Allah wills, and then you will.” However it is a major “shirk” to solicit the help of a saint to achieve one’s needs. 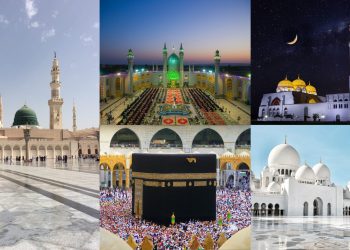