Moeen Ali, a British-Pakistani Muslim cricketer made history as he was appointed the first-ever Muslim to captain England’s cricket team.

He is of Kashmir-Origin, who has also led the English cricket team in the T20 match against a number of international teams with the winning outcome.

It is an immense pleasure to be the captain of my country.

Moeen while talking about his feeling on being Captian on Times Now News.

This achievement was praised and celebrated by Muslims on social media.

Back in 2019, in July English Cricket Team were the winners of the Cricket World Cup and he was a part of the team at that point and played an important role in helping the cricket team win the world cup.

Moeen Ali joined England’s national cricket team back in 2017. He has represented England in T20s, One-Day Internationals, and Test matches. 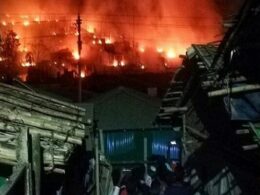