Donald Trump accused in the London terrorist attacks of the Mayor-Muslim Sadiq Khan, who has been swearing for two years.

A corresponding statement is in the interview with the publication of The Sun, published on July 13. According to the US leader, Sadiq Khan is “extremely incompetent in the fight against terrorism”, since he allows a huge number of migrants to come to the British capital.

“I think that the arrival of millions of people [refugees] to Europe is very, very sad (…). I look at European cities and, I can be more precise if you want … You have a terrible mayor who disgustingly does his job in London, “said the head of the United States.

Mutual dislike of Trump and Sadiq Khan became clear more than two years ago. In 2016, the London mayor criticized Trump’s promise to ban entry to the United States. March 22, 2017, the Englishman Adrian Russell Ajao, who changed his name to Khalid Masud, sent the car to pedestrians on the Westminster Bridge and stabbed a policeman with a knife. As a result of the terrorist attack, five people were killed.

Then on June 3, three men drove by car on pedestrians in the London Bridge, then drove to the Borough market and with knives attacked passers-by. Eight people died as a result of terrorist attacks, and another 48 were injured. However, during the same period of time, dozens of people died in the United States as a result of high-profile attacks not related to Islam.

At the same time, the attackers in the media were called not “terrorists” but “arrows”. The last of the established assassins was the so-called shooter Jarrod Ramos, who organized a carnage in the editorial office of the Capital Gazette in Annapolis, Maryland. His victims were five people, injured about 20.

There are on going protests in London asking to kick Trump out of the UK. 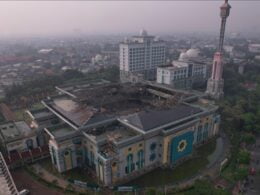 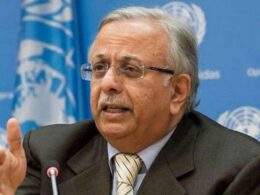