In Indonesia, a major fire collapses in a massive dome at the Jakarta Islamic Centre Grand Mosque.

During an afternoon fire on Wednesday afternoon, the mosque’s dome was engulfed by flames, which caused massive damage to the mosque, according to a report from local media outlet Kompas.com.

A fire broke out at the mosque today due to renovation work being carried out by the workers of a construction company, according to Muhammad Subki, the head of the mosque.

It is believed that the fire originated from the top of the dome and then spread to other areas, although there has been no clear explanation for what caused it,” said Subki.

As a result of the strong winds, the fire spread quickly and engulfed a large part of the mosque in a matter of minutes.

The dome collapsed in a video that went viral on social media, allowing a massive column of black smoke to be emitted into the atmosphere. 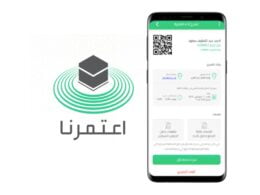