In Hyderabad on Tuesday, BJP legislator T. Raja Singh was arrested and put on trial for allegedly making statements against the Prophet Muhammad to outrage religious sentiments.

Nevertheless, the court denied the police’s request for remand for not following proper procedure in arresting the MLA and ordered him to be released immediately.

Singh’s remarks were described by the All India Muslim Personal Law Board on Tuesday as obscene, uncultured, and hurtful. Such incidents should be prevented by the government, according to the report.

A video uploaded to YouTube on Monday by the legislator from the Goshamahal constituency repeated the disparaging remarks made by Nupur Sharma, the BJP spokesperson who has been suspended.

A spate of violence and unrest broke out in several parts of the country in June due to Sharma’s comments. Furthermore, several Arab countries took objection to them, causing a major diplomatic row. The BJP suspended her.

Additionally, many Muslim organizations in Hyderabad held demonstrations outside police stations in response to Singh’s video, as reported by The Indian Express. Following his arrest by the police, he was released after a Hyderabad court granted him bail hours later. 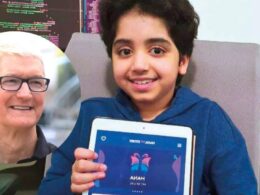