Staff Desk
An aerial view shows the massive damage done to Beirut port’s grain silos (C) and the area around it on August 5, 2020, one day after a mega-blast tore through the harbour in the heart of the Lebanese capital with the force of an earthquake, killing more than 100 people and injuring over 4,000. – Rescuers searched for survivors in Beirut in the morning after a cataclysmic explosion at the port sowed devastation across entire neighbourhoods, killing more than 100 people, wounding thousands and plunging Lebanon deeper into crisis. (Photo by – / AFP) (Photo by -/AFP via Getty Images)

As Beirut blasts shake up the entire city, resulting in 120 deaths and 5,000 injuries. 300,000 people are Homeless after the blasts and most of them are Muslims, CNN reported.

Blasts happened yesterday in the broad daylight, which was captured on video cameras. The blasts damaged 90% of the hotels in Beirut and resulting in the loss of $5 Billion.

According to the local news, about 120 have been reported dead but the actual death toll is expected to go high, reported by Digital Phablet.

300,000 people have became homeless after the deadly blasts in the capital city of Lebanon.

Hassan Diab, Prime Minister of Lebanon said that 2,750 tons of ammonium nitrate had been stored in a warehouse at the port of Beirut which resulted in the huge blast.

Half of Lebanon’s Beirut is damaged by the blasts. Some of the famous personalities including French Prime Minister, Macron will also visit Beirut and give funds to rebuild the city.

In this blast, Muslims suffered the most. Al Jazeera reported that 90% of the Lebanese economy has been destroyed.

Half of the injured people are in critical condition, authorities have also declared the state of emergency in the city. The blast was heard till Cyprus.

The blast also destroyed Beirut’s 3 major hospitals while severely damaging the other 2 in the city. Prime Minister Hassan Diab said that those who are behind this attack will have to pay higher price for their doings.

People who are injured and currently being treated in the hospital are surprised to know how they survived that blast.

Muslims and the world are praying for Lebanon right now, many have started fundraisers to rebuild the city and to help the people and their families affected by this disaster.

Lebanon’s economy has gone 10 years back as economists also forecasting a huge recession as the country is currently dealing with a blast as well as coronavirus. 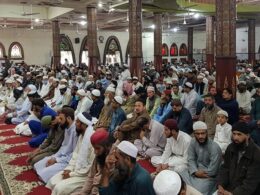 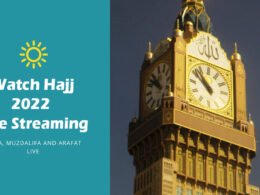