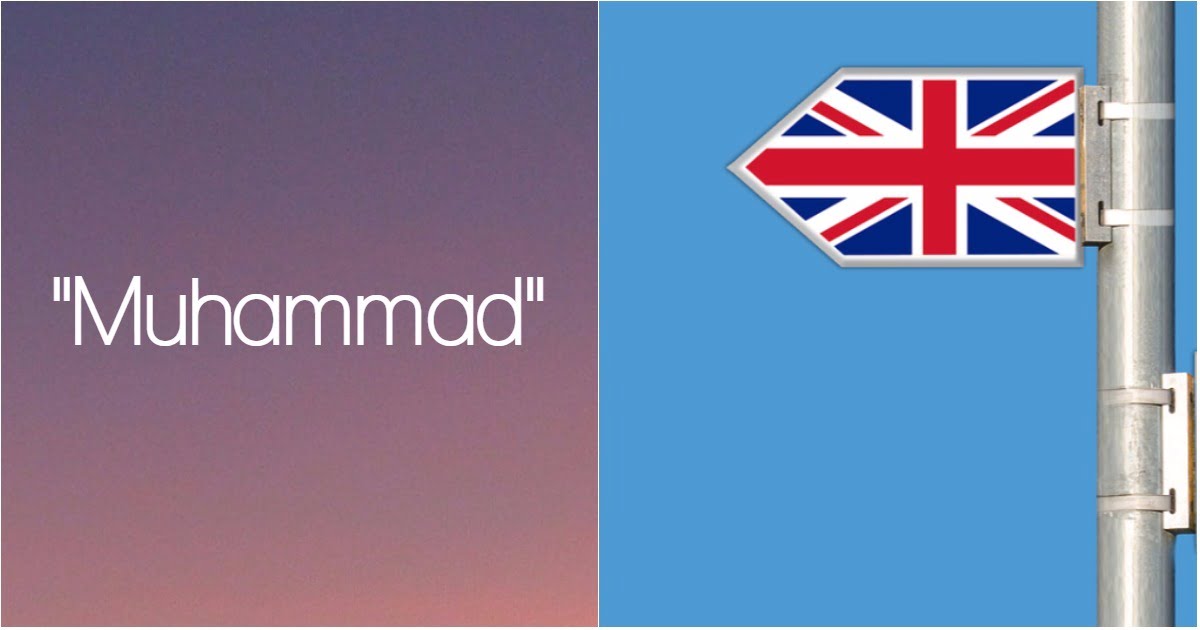 Muhammad is now one of Most Popular Name In The United Kingdom and it is one of the best news that comes across for the Muslims.

Muhammad just crowned as one of the most famous names for boys in the United Kingdom for the third consecutive year.

UK is witnessing a great increase in the popularity of Arabic names for gender states. Names including;

Not just 2019/20, Muhammad was also crowned as the most popular name in the UK back in 2014 as well as in 2015. The name Noah has been awarded second place while the name Oliver has failed to maintain its place in the top 3 first time in 9 years.

As per the report, Muhammad first entered the list of famous names in the UK back in 1924, and this name has been increasing since then and now hold first spot.

Talking about Girls, Three top names are Olivia, Sophia and Eva. Zara and Fatima are the rising names with the position of 37 and 33 spot. The name Nur has been ranked at 45th place while Marium is at 59th place.

As per the Baby Center, which stated that the increase in population is positively correlated with the baby name ranking. Baby Center each year releases a list to give the audience the statistics of the names that are currently in trend.

Mostly names in top 100 names list is inspired by nature for both genders, while Islamic names have been spotted as unique ones. Muslim names has been popular all around the world, known for their meanings and beauty.

Among these high competitive names, Muhammad is still one of Most Popular Name In The United Kingdom and has been growing on and on.