Pain and Heartbreak cause great damage to one’s mental health and soul. In Islam, there are ways you can cure such things.

What is a breakthrough, The answers are revealed on this amazing true story of a guy name RESHAD who was a 30 years old man who had the problem of stuttering since his birth, In college, he took a speech class and failed which turned him from a college student on a scholarship to a shelf stacker on a very low salary, His stutter keeps on getting him down from his career to his family, each and every day was a challenge for him which made him lost his confidence and gets into Pain and heartbreak.

Then he talks to a successful life coach who asked him about his earliest memory of his life, which was him as a 2 years old watching TV and eating cereal the cartoon he was watching ROOKIE AND BOOLWINKLE and whenever the character BOOLWINKLE got in trouble he cried out loud for help which was no ordinary cry but a stuttered cry for help and ROOKIE was always there to help him but RESHAD was forgotten the memory of what just happened right before the cartoon but with some struggle and help by the coach he gets it dug back it was his parents fighting each other and then suddenly his father hit his mom and as he was 2 years old he took the cartoon seriously as he thought himself as the character BOOLWINKLE and tries to call of help as a stuttering voice just like the character which made him stutter in each and every moment of his life, Then for the first time he realized where his stutter has come from. Reached realized that after 30 years he can choose or create a new identity, He gets cured of 30 years of stuttering in 7 minutes the discussion which motivated him and then he beat his biggest fear of his life which was public speaking, He tells his story to 500,000 people on a stage without stuttering even once. 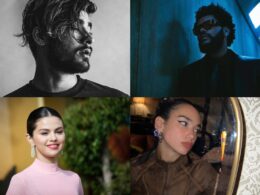