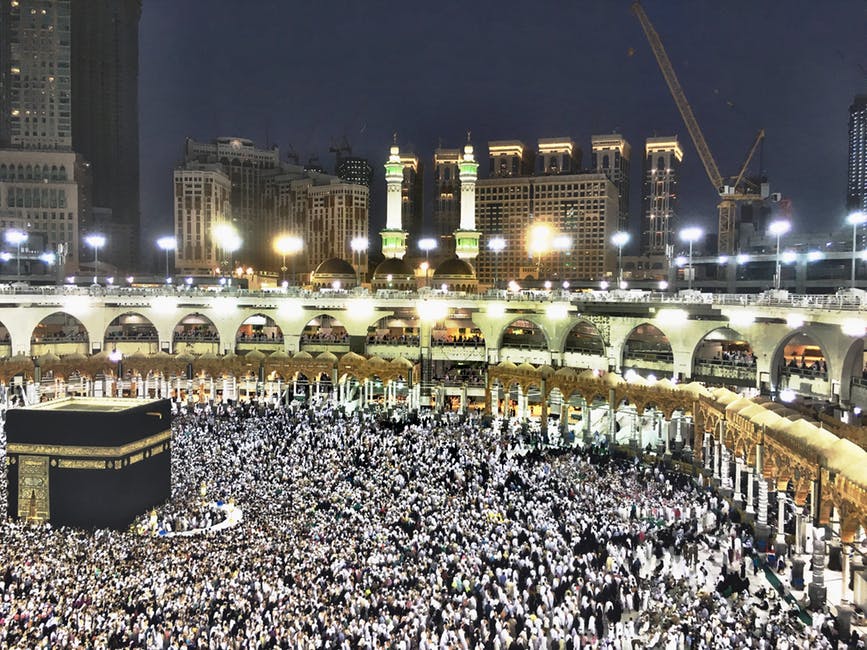 Muslim women join #MeToo and report sexual harassment on the pilgrimage to Mecca. The #MeToo movement (Me too), which over the past few months has managed to unite thousands of women who have been harassed to denounce it, has arrived in Mecca and has uncovered cases of sexual abuse during the pilgrimage to the place most sacred of Islam.

Under the label #MosqueMeToo, Egyptian journalist and activist Mona Eltahawy intends to encourage other women to denounce similar experiences through social networks. The activist has promoted this initiative after a Pakistani woman told on Twitter that she had suffered touching during the circumnavigation of the Kaaba, the black stone of Mecca towards which the Muslims are oriented to carry out their prayers. Eltahawy herself was a victim of sexual abuse in 1982, when she was 15 years old, and reported her case in a book published in 2015.

I am writing an essay in which I will gather all my thoughts about sexual assault at Haj. Until then, I hope all of us sharing our experiences help those women unable, for now, to speak out. #MosqueMeToo

The activist also encourages reporting children who have experienced harassment. “It is difficult to talk about harassment in holy places, I hope that all of us who are telling it can be of help to those who for whatever reason can not speak now, ” Eltahawy said on Twitter.

To any man who wants to share – publicly or privately and anonymously – their experience of sexual assault at Haj: those of us who can speak, must speak to help others. I know many can’t speak. #MosqueMeToo

The initiative has gained rapid and widespread dissemination in the networks in the Arab region and has received countless expressions of support. The objective: to encourage other women to share similar experiences.

The journalist explained that she thought it necessary to make a new label because #MeToo became popular due to the abuses of Hollywood actresses , so many women may not feel included in a movement that has arisen in an environment of white, wealthy women and Westerners.

Criticism of the initiative

According to Mona Eltahawy, after reporting her case and promoting the label she has received insults and has been accused of wanting to destroy Islam and, even, of wanting to gain notoriety with this campaign . At the moment, the Saudi Arabian authorities have not made any comments or allusions to these allegations.

Every year about two million Muslims from all over the world participate in the “Hajj”, the pilgrimage that believers must perform compulsorily at least once in their life to Mecca, if they have the means and health to take it to and that takes place on a few specific days of the last month of the Islamic calendar.

The rest of the year, the faithful can make the so-called minor pilgrimage or “umra”, which is not obligatory, and which brings together thousands of believers every day around the holy places of Mecca.