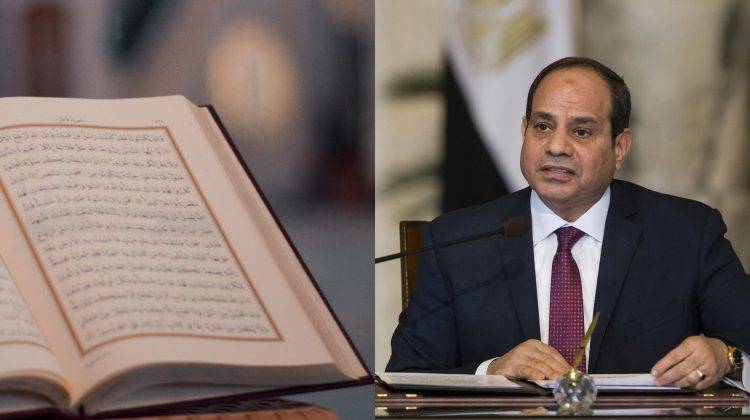 The Deputy Minister of Education, Rida Hijazi, said before the new parliament that Egyptian President Sisi directs the ministry to remove the Qur’anic verses and noble prophetic hadiths from the Arabic language and history textbooks and to limit them to religion only, under the pretext that this promotes the spread of “extremist ideas”.

The Deputy Minister of Education announced the approval of the ministry on a proposal submitted by MP “Freddy Al-Bayadi” regarding teaching a new subject that includes the shared values ​​between Islam, Christianity, and Judaism, in addition to teaching the principles of tolerance and coexistence in the various stages of primary education, according to his proposal.

Al-Bayadi stated that there is a real danger in placing religious texts in the subjects of the Arabic language, history, and geography, considering that this “gives a chance for teachers who are unqualified to interpret Arabic texts extremist and destructive interpretations,” he said.

President Sisi called on the Ministry of Education to draw up a plan to combat “extremism.”

Al-Bayadi continued that there is a state of disregard for the Coptic era in the history curricula, adding that he called Sisi, the Ministry of Endowments, and Al-Azhar to renew the religious discourse, and considered that “renewal should start from the subject of religion in the basic education stages,” according to his statement.