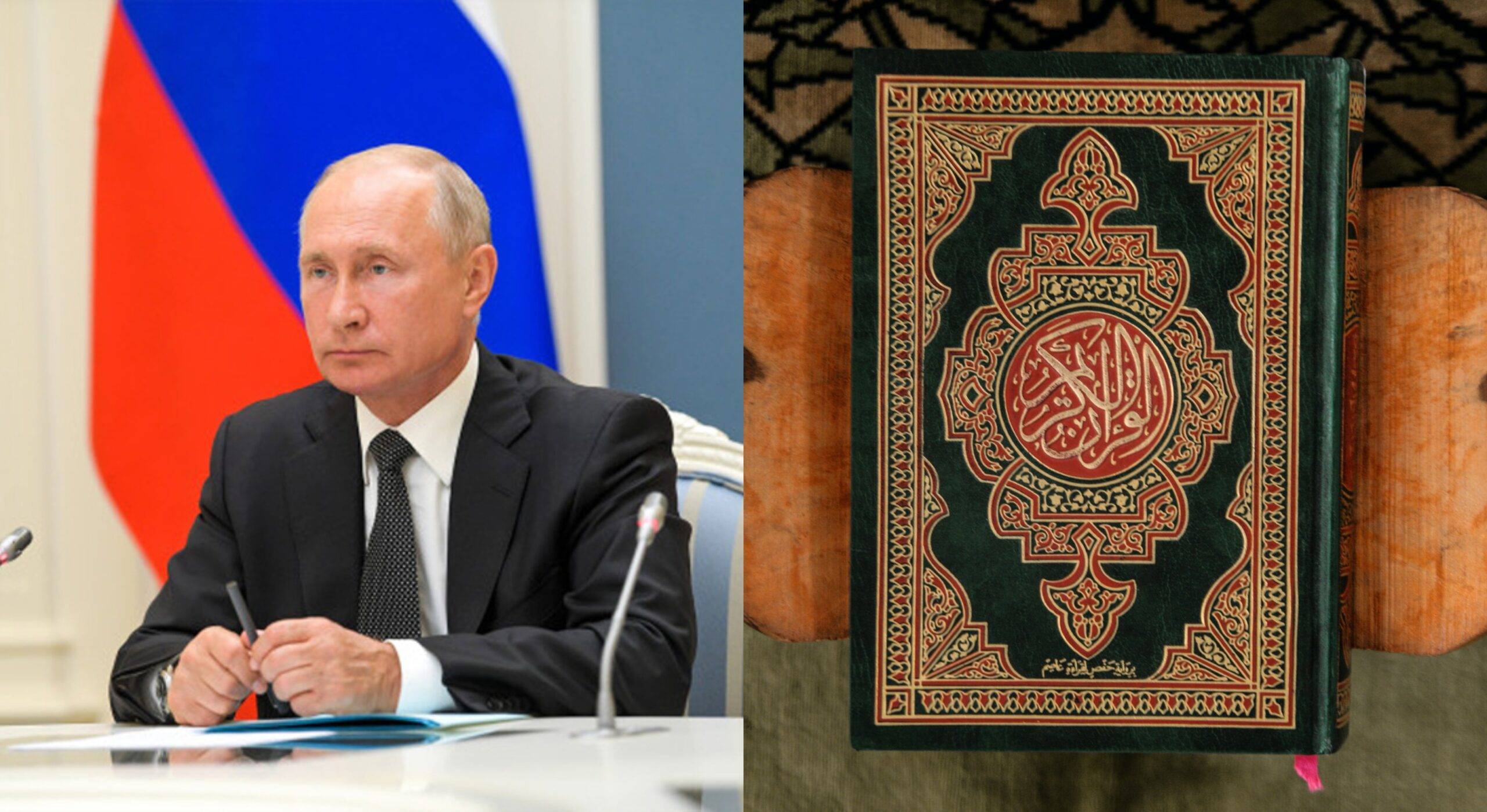 According to the Russian Media, Vladimir Putin addressed the event on Russia’s National Day, the event was attended by the heads of different religions such as Muslims, Jew, Christians, and Hindu.

In adding to this, Putin further quoted verse number 128 of Surah al-Nahl (16);

Russian President Vladimir Putin quoted these verses from the Holy Quran to talk about good deeds, friendship, and rewards for those who do good in their lifetime.

After this he also quoted verses from Torah and Bible to address Jews and Christians.

In addition to this, Putin also criticized France for hurting Muslim sentiments. Joe Biden also quoted a hadith in his recent interview.

putin is yet another dramatist from the communist stable.

Where did all this so called ‘quoting Qur’anic Verses’ go, when they invaded and occupied Afghanistan for 20 years and massacring millions of innocent Afghans?