HomeDuasDua For The Protection From Monkeypox
2 minute read
No comments

Not long after the COVID-19 restrictions were lifted in many countries, we are now faced with new concerns about the spread of monkeypox infection which was recently detected in several countries.

According to the official statement from the website of the World Health Organization (WHO), the monkeypox virus, which is commonly found in endemic areas such as West and Central Africa, has also been found in 12 non-endemic countries since May 13, 2022.

To date, the situation is evolving and WHO expects more cases of monkeypox to be identified as surveillance expands in countries where the disease is not normally found. The UN Health Agency noted that as of Saturday there had been 92 confirmed cases and 28 suspected cases of monkeypox were reported in 12 member countries that were not endemic to the virus.

Although monkeypox is a usually mild infectious disease that causes a fever and a characteristic bumpy rash and monkeypox sufferers can recover within two to four weeks without needing to be hospitalized, however, the disease is occasionally deadly.

In a situation like this, we as Muslims should not panic too much in responding to the situation. We are encouraged to say a prayer against reinforcements and epidemics when there are so many cases of monkeypox identified like today.

The prayer that we say is a form of worship and carrying out the commands of Allah SWT. Praying is also a sign of our self-recognition, of how weak humans are in front of Allah SWT.

Indeed, only Allah is Almighty over what happens on earth, therefore let us always strive and pray to Allah for healing and health, and protection from various kinds of diseases. This is the best attitude that must be possessed by Muslims who are being tested for any disease.

Dua for Anxiety – Perfect Dua To Calm Your Mind

Best Dua For Travelling – To Have Safe Journey 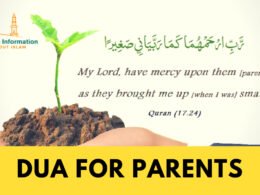