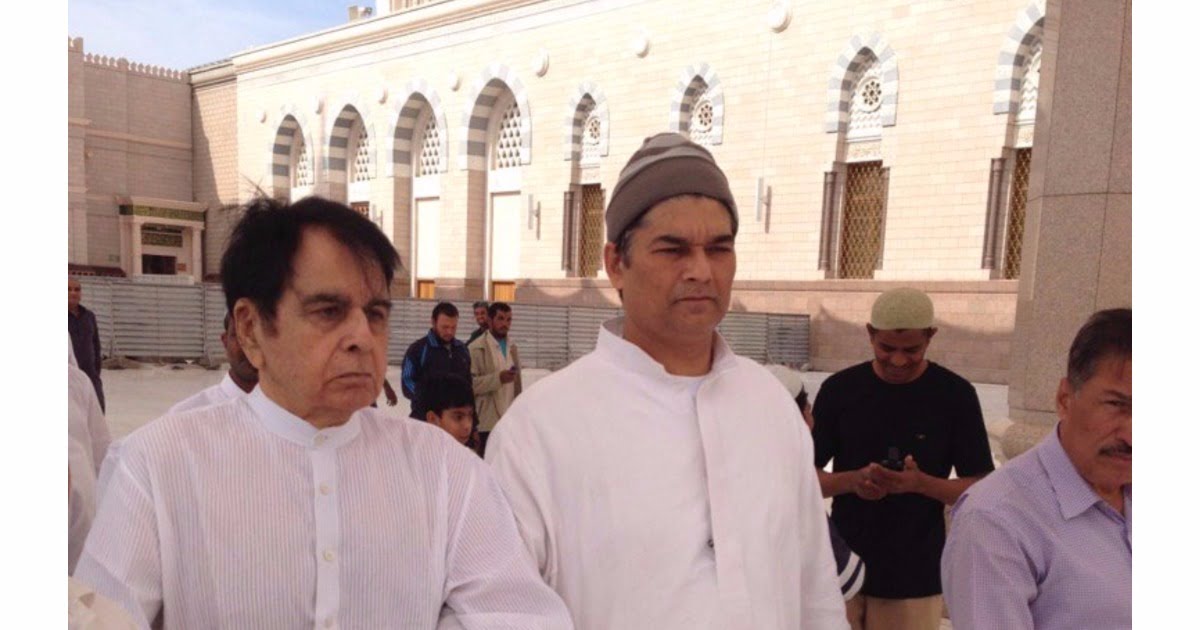 Dilip Kumar has already visited Makkah before as you can see in one of our posts, but this time he made a visit and shared his beautiful experience with us.

Bollywood Actor Dilip Kumar shared this experience about how he felt during his visit to the holy sights in his tweets which he posted on his twitter account.

In one of the recent tweets he shared;

Saab at the Prophet's Mosque, Madinah. What a wonderful journey and experience we all had. -FF pic.twitter.com/QbadLCoIK1

Recently, he fell very ill as well as the rumors of his deaths made headlines earlier this year. During the last month, He had fallen seriously ill and had to admit to Hospital due to dehydration and a urinary tract infection. Despite all this, he made it to these holiest sites in the world.

Priyanka Chopra, who has seen praising the sound of Adhaan, has also replied to his tweet and praised him and prayed for him and wished him well. Despite the fact she is one of the busiest celebrity in India, she still took some time out to praise his religious beliefs.

It was lovely seeing both of you. Thank you and so good to see Saab much better. Much love. @TheDilipKumar https://t.co/xGvOmyM6M6

Another tweet showed that Priyanka Chopra paid him a visit to congratulate him on his journey to these places as well as wished him a good health prayers, two photographs of Priyanka Chopra can be seen in the following tweet;

Dilip Kumar is considered to be one of the most versatile actors of his time, due to his immense talent and realistic acting people still follow him with their all heart and soul and describe him as their mentor.

He will be turning 95 years of age this year, which marks another milestone for him and in the age of 94 he visited the Madina and paid his respect to the Islamic personalities which can never be forgotten and should always be remembered.

We wish him best of luck and may Allah give him a healthy life.

On Her Wedding Day She Died! - Read This Amazing Story!