Kaaba is the most beloved and sacred place for Muslims as it is being told as the house of Allah. Million Muslims every year from different parts of the world visit Masjid Al Haram to pray and worship the one and only true God, Allah. These are 9 astonishing Facts About Kaaba.

Today at The Islamic Information, we will tell our readers about the fact of Kaaba;

It was rebuilt by Prophet Ibrahim (AS) and Ismail (AS), but it does not look the same as it went through a major construction during the Prophet Muhammad PBUH’s era. The last biggest construction took place in 1996, which replaced many stones and made the foundation even stronger.

2. Kaaba’s Two Doors and a Window

Kaaba had two doors, one for entering and the other one for exiting. It also had a window on the side of it. There is only one door, while the other one is black, which could be seen during storms. See the hidden door of Kaaba.

3. It used to be Multicolored

Kaaba was never black-clothed; the tradition of Black clothing was started by Abbasids, whose household’s favorite color. Before it, Kaaba was Green, Red, and white as well.

The keys of Kaaba were given to Bani Sahiba Family to the person named Osman Ibn Talha by Prophet Muhammad PBUH after he conquered Makkah. Read More about the Family who has the Key of Kaaba till this date.

5. Kaaba used to be open for everyone

It used to be open for everyone as anyone can enter it, but later it was closed, and now it is only exclusive for Saudi Kings, prime ministers, and presidents of the world.

6. You could swim into Makkah

Being at the center, back in the day when there was no better watery drainage system, Kaaba would flood when it rains in Makkah, so people had to swim around the Kaaba to perform Tawaf.

Many people are curious about why Black Stone is in silver casting. It is said that there was an Ismaili group that came from Bahrain, which said that the tawaf act is an act of superstition. The same group killed hundreds and thousands of people who came to perform Hajj and dumped their bodies into the Zamzam well.

The same group even took the Black Stone to the Kufa in Iraq and had held it on ransom until they were forced to retune during Abbasid Caliphate. When they got it back, it was in several pieces.

8. While being inside Kaaba, you can pray in any direction

When you step into Kaaba, you can pray in any direction you want.

Its door opens only twice a year.

These are the famous facts about Kaaba! If you know any fact that we have missed, do not forget to send it to us at [email protected] 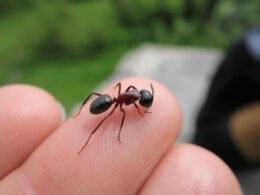