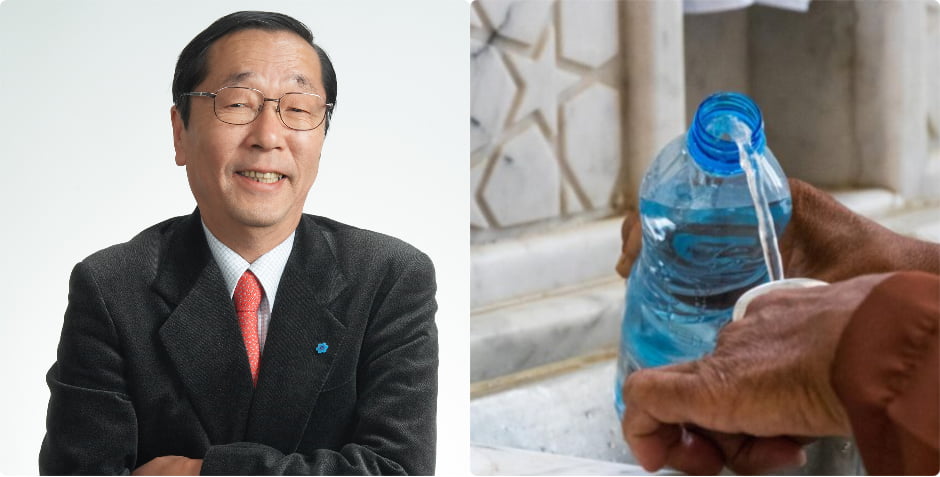 A Scientist from Japan claimed that Zam Zam, the Holy Water of Muslims, is not a simple kind of water. This water can listen, hear and observe. Masaru Emoto, the Japanese Scientist, performed a detailed study on it.

Emoto was born in July 1943 in the city of Yokohama within Japan. He graduated from Yokohama Municipal University in the Department of Humanities and Sciences with International Relations as his major. In 1986, he created the IHM organization in Tokyo. He also earned a certification as a Doctor of Alternative Medicine from the Open International University in October 1992.

Besides, he is also known to initiate the micro cluster water concept in the United States as well as the technology of Magnetic Resonance Analysis. Thus, the quest continued to explore the water mystery. Emphasizing more with the view of an original thinker rather than as a researcher, he followed a detailed study on the water of this whole planet.

At a certain angle, he noticed a frozen crystal form, in the way in which water reveals its original nature. He received acclamation for his groundbreaking discovery and research from the whole globe.

His study concluded that our individual and collective consciousness is greatly associated with water. He also wrote the well-known book; Messages from Water. He is also the author of The True Power of Water and The Hidden Messages in Water.

At first, he freezes the water droplets. Then he inspects the droplets with the help of a dark field microscope that comprises photographic aspects. Hence, it got scientifically proven that whatever we recite over it, impacts it.

The scientist initiated his experiments starting off with water. Then he noted that every snowflake appearing from the sky is distinctive.