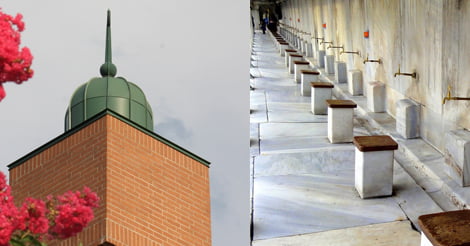 Purity is the power, which our prophets have revealed to us. The purification of body strengthens your soul, which ultimately brings you close to Allah.
Purity is the basic part of Islam, this is why Islam has put so much emphasis on being clean. Every Muslim in the world makess ablution (wudhu), before offering (salat) prayers. It is a simple, certain and obligatory pattern of washing one’s body parts with which they start their prayers. As Allah has stated in the Holy Quran; 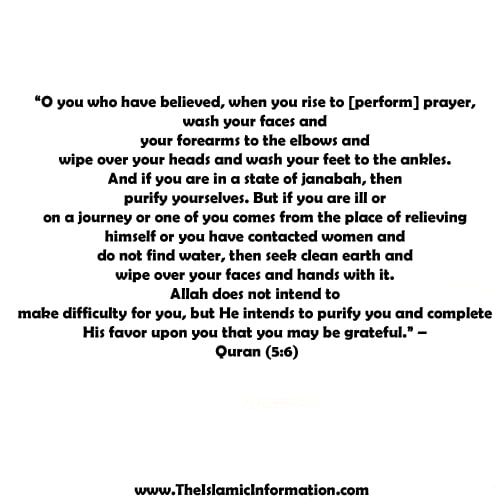 After about 1400 years, this pattern of washing the body parts has become an amazing experiment for scientists all around the globe. Most of the Muslims are not aware that ablution is a medical safeguard they are applying on their body. Here are the medical benefits of ¬ablution; the scientists came to know after years of research.

The Prophet (PBUH) has suggested making ablution before going to bed. Washing of hands, arms, mouth, legs, AND genitals and eyes before sleep with cool water relaxing sleep are also suggested by the Yoga experts.

Ablution stimulates biological rhythms of your body and certainly Biological Active Sports (Bases) which usually similar to the idea behind Chinese reflexo-therapy.

3. WASHING NOSE DURING WUDHU HELPS IN PREVENTION FROM MICROBIC DISEASES

It is confirmed after a microscopic investigation that the nose of those who do not perform ablution was exposed to a lot of lethal microbes which can cause many diseases.

It is also established that blood circulation at the limbs is weaker because they are far from the center of the blood pumping heart. Furthermore, their activity of washing during this process improves the blood circulation making the person feel Less-Depressed.

5. WASHING HANDS PREVENTS YOU FROM PNEUMONIA

Washing of hands also reduces infections respiratory by removing infectious to be found on the hands.

Muslims wash their hands and rinse their face, as well as they rinse their mouth with clean water. During WUDHU/ablution, Muslims rinse their mouth in order to remove food particles and bacteria from the mouth. Most of them prefer miswak – a natural toothbrush suggested by Muhammad Prophet (PBUH).

According to a recent study published in the Clinical Microbiology Reviews Journal by the name of ‘Systemic Diseases Caused by Oral Infection’, have found a direct link between a lack of Systemic diseases and oral hygiene. SD (Systemic Disease) include Cardiovascular Disease, Osteoporosis, Pneumonia, Low Birth Weight and Diabetes-Related Complications. In every Islamic tradition, there are a number of hidden scientifically proven benefits which scientist are studying. Muslims are really blessed with Allah’s blessings.

10 Strictly Haram Things In Islam That Muslims Didn't Know About