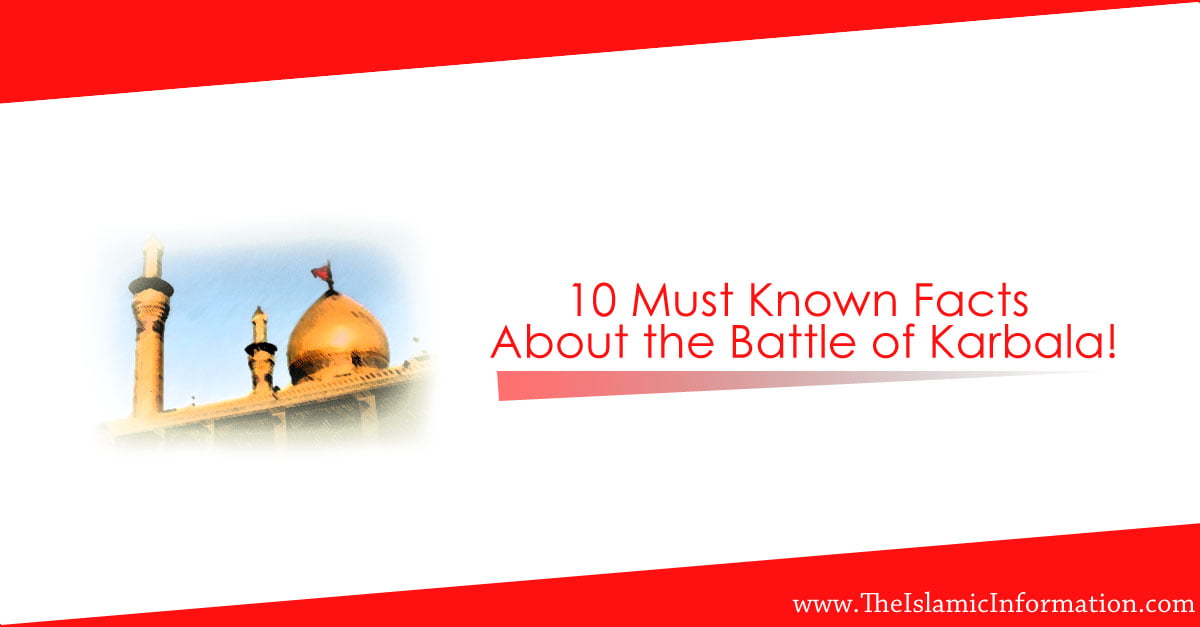 The Battle of Karbala happened on Muharram 10, in the year 61 AH as per the Islamic calendar (October 10, 680 AD) in Karbala, known as Iraq today.

The Battle of Karbala is observed by the remembrance of Martyrs of Karbala each Muharram by each Muslim, coming from all across the world on its tenth day, known as the Day of Ashura.

1. People of Kufa invited Imam Hussain (RA) to Kufa to seek guidance on not to start a war

People living in Kufa has asked for the help of Imam Hussain (RA) because they stated that the Yazid (Khalifa of that time) is oppressing them!

2. Muslim Ibn-e-Aqeel was titled as the first-ever Martyr in the battle of Karbala

Imam Hussain (RA) sent Ibn-e-Aqeel with proper guidance for the people residing in Kufa but he was later martyred by Yazid’s Army.

3. Imam Hussain (RA) didn’t take any Army with him to Karbala (because he was there to make peace, not war!)

There were only 72 people with Imam Hussain (RA), including Woman, Children, and his family members because he was there to make peace, not war!

4. Imam Hussain (RA)’s meeting with a poet during his journey to Kufa

That poet told Imam Hussain (RA) that he should not go to Kufa, as the people of Kufa are trying to kill him and are with the alliance of government.

5. After Reaching Karbala, the first thing Imam Hussain (RA) did was buying his own land there

He bought a land in Karbala after reaching there, as Imam Hussain (RA) knew that it will be his final resting place. About Imam Hussain, (RA) martyrdom in Karbala was already been told even before his birth!

Hur, who was in the army of Yazid, came back to him and then joined him. Hur was the person who stopped Imam Hussain (RA) and his family members to get the water!

Hur then came back and asked for forgiveness which Imam Hussain (RA) accepted and forgave him.

7. “Ali Asghar (RA)” was the youngest Martyred of Karbala

A poisoned arrow struck into his name when he was just 6 months old, He was the youngest person to be martyred in the battle of Karbala.

8. The only male survivor in the battle of Karbala was Zain Ul Abideen (RA)

Zain Ul Adibeen (RA) was ill and due to his illness, he didn’t fight. After the martyrdom of Imam Hussain (RA), he was kept as prisoners among with other women and children left in Imam Hussain (RA)’s family.

9.  The last martyr in the battle of Karbala was Imam Hussain (RA)

The women from the family of Muhammad Prophet (PBUH) were paraded through the city of Syria!

We need you Imam a.s your kind of faith& spirit these days salam ya shaheed e karbala !labbaik ya hussein ✋