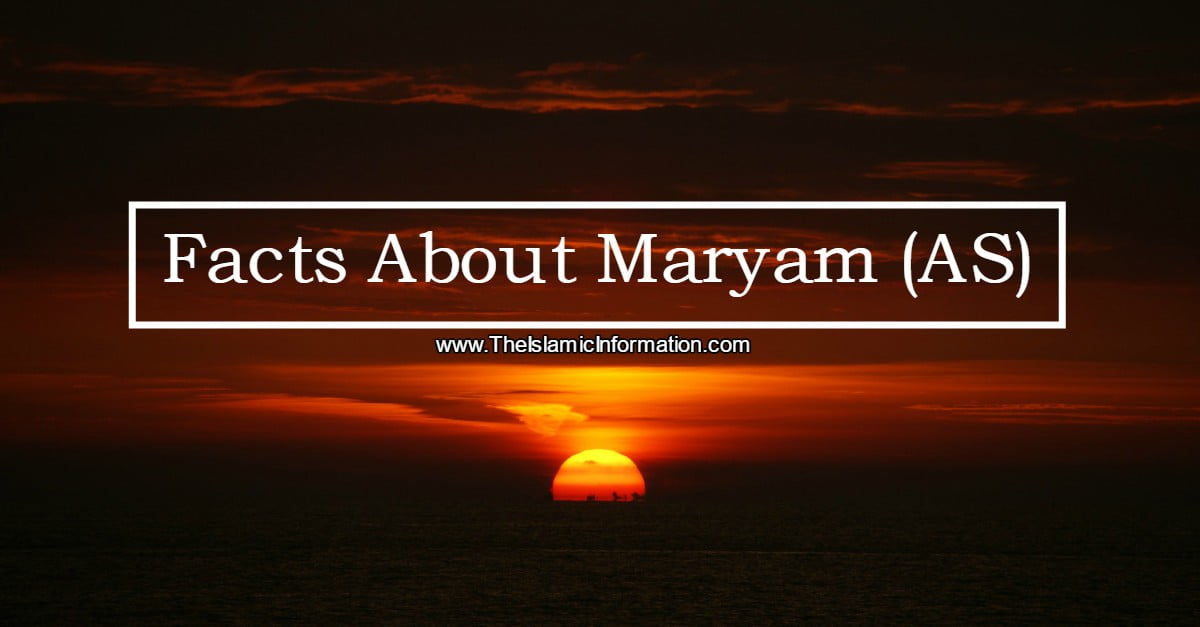 Her highness is mentioned in the Quran as well as the authentic narrations of the Holy Prophet (PBUH) was also indicating the greatness of her. Holy Prophet (PBUH) had also listed her as one of the four greatest women of all time, who has reached that amount of spirituality.

We at The Islamic Information compiled the six facts about her that all of us should know;

2. She was chosen by Allah

Above all other Women!

3. Maryam (AS) was falsely accused of Infidelity

4. The 19th Chapter in the Quran is named after Her

Quran has given this honor only to Prophets, Messengers, and Angels. and She is one of them. Her name is the center point of this Surah, she is the only woman who has been called with her first name in the Holy Quran.

5. She experienced many Miracles

In the interpretation of this verse, scholars say that every time Zachariah would visit her, she would be having fruits of summers in Winters and fruits of winters in summer.

6. She was Modest, Pious and chaste

These are some sample of the most astonishing qualities and essentials of Maryam (AS) as the mother of Isa (AS) mentioned in the Quran. I hope all the people can follow the footsteps of her to gain Jannah in the Aakhirah!