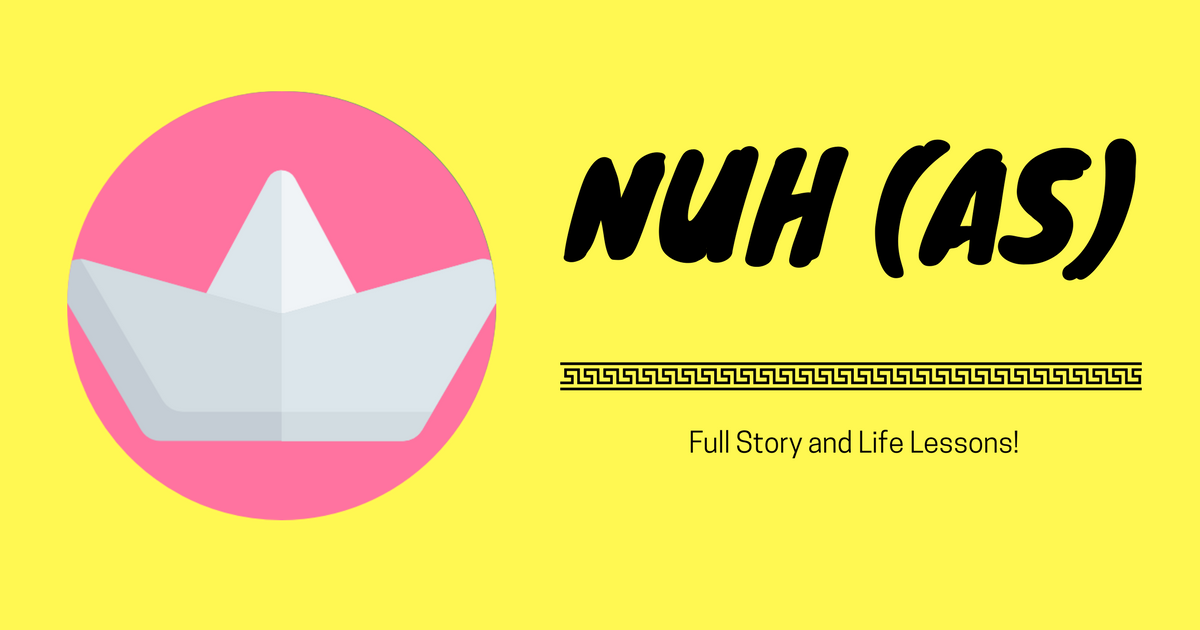 Prophet Nuh (AS) was the prophet sent from Allah, Allah in Quran has dedicated a whole surah (Surah Nuh) on him. Allah praised Nuh (AS) in Quran as “Grateful Servant of God” and “True Messenger of God”.

As years went by, people on Earth were practicing idolatry. Whenever one of the people died, Shaitaan would whisper in their ears to tell them to build statues to keep a remembrance and worship them.

It was then, that Allah (s.w.t) sent the Prophet Nuh (AS) to guide his people back on Allah’s path. Patient, Nuh (AS) told his people not to worship anyone except Allah and the punishment of the Hellfire if they disobeyed. The poor people believed him but not the rich. The latter bargained with the poor and told Prophet Nuh (AS) to back off from his motive. However, Prophet Nuh (AS) refused them and provided logical reasons. Despite his truthful arguments and efforts for over 900 years convincing people, his efforts were in vain.

Tired and sad, he asked Allah (s.w.t) to destroy the non-believers and accepted his prayer. Allah (s.w.t) asked Noah (AS) to build an Ark away from the sea with wood and tools. Non-believers mocked at him thinking that he went mad.

When the Ark was built, Noah (AS) and his believers patiently waited for Allah’s (s.w.t) command. Then, water miraculously fell over the residents as heavy rain. Noah (AS) opened the Ark and allowed the believers and animals to come inside. The non-believers, including Prophet Noah’s wife and son, did not enter despite Noah (AS)’s call. Eventually, the waves swept all of them.

When the water was absorbed, Noah (AS) was sad and cried for the fact that his son and wife did not obey the words of Allah. Yet, Prophet Noah sought Allah’s mercy. He released everybody from the Ark and life came back to normal on Earth.

It was now time for Noah to leave Earth. His last advice to his son was to worship Allah (s.w.t) alone.