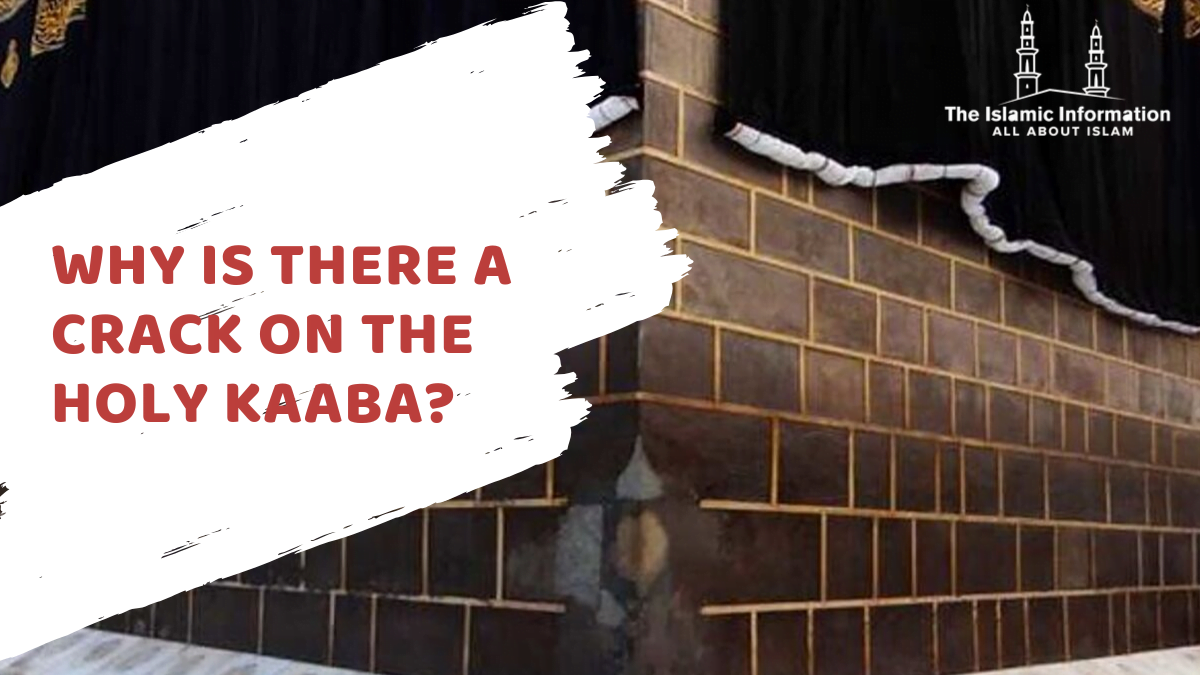 If you look at the Rukn Yamani of the Kaaba, you will see a big crack on Kaaba. Ever throught, why is there a big crack on the Holy Kaaba? There are mixed views about it, we at The Islamic Information decided to tell all the views related to this phenomenon.

Holy Kaaba was built thousands years before the birth of our last prophet (PBUH). Prophet Ibrahim (AS) and Prophet Ismail (AS) built it. Holy Kaaba has been standing for thousands of years and have seen Floods, Earthquakes and various different attacks.

During these years, the Kaaba had been renovated and rebuilt. At the time of Prophet Muhammad PBUH, it was renovated multiple times.

Why is there a crack in the Holy Kaaba?

Have a closer look on Crack on Kaaba

Ali was the first person to be born inside the Holy Kaaba. He was the cousin of Prophet Muhammad (PBUH) as well as he was his son-in-law as he was married to the daughter of Prophet (PBUH), Syeda Fatima Zahra. And Fathered children, some are Hasan Ibn Ali (RA), Zainab Bint Ali (RA), Hussain Ibn Ali (RA) and Abbas Ibn Ali (RA).