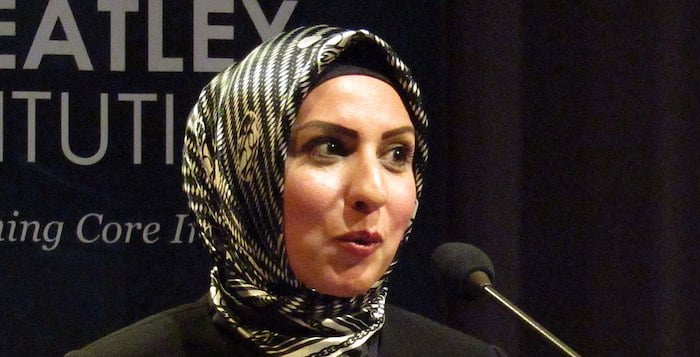 We are pleased to share this news with you all. Raffia Arshad, a 40-year old Muslim woman, became the first Hijab-wearing Muslim Judge in the history of the United Kingdom.

This news will surely encourage many other Muslim women to follow their dream career while abiding by the teachings of Islam; which guides them to cover their heads and secure modesty.

Raffia Arshad’s move is a motivation to a lot of Muslim women out there who believe that the hijab may become a barrier in their dreams, especially the western world, Thus, they don’t follow the teachings and lack behind from attaining a higher rank of being a true Muslim as well as a Hijabi.

Since the time when she was younger, Rafia always had a dream to make an achievement in the field of Law. Thus, she planned out to move with it in her life. And now, she is a well-known barrister and was also appointed as Judge (Deputy District Magistrate) last week at the Midlands circuit.

She is a mother to three children as well. She stated in her interview that it is not about her achievement. It is about the achievement of every woman out there and mainly of every Hijabi present in society.

Furthermore, she shared that her family guided her to not to wear Hijab, when focusing on the prevailing issues, back in 2001. Raffia Arshad was brought up in West Yorkshire. Being a Muslim always scares the people residing in the western part of the world. Especially if you are a mother, as racists would pass comments on your daughter for being a Muslim child and being a Hijabi.

Previously, Rafia was scheduled to attend a scholarship interview within the Inns of Court School Of Law. At that moment too, her family suggested she not wear a Hijab to the interview.