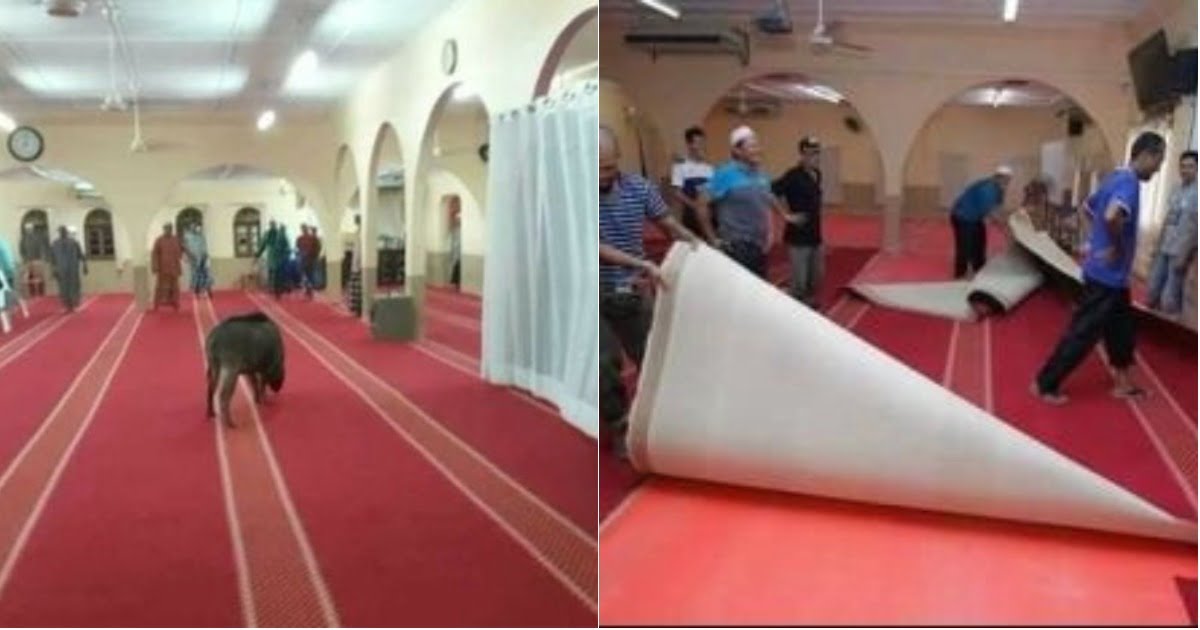 The mosque in the Malaysian city of Sungai Bulokh, Selangor, was forced to make unanticipated measures and expenses in connection with an unexpected pig who claimed to be in a mosque.

On Wednesday, a wild Pig burst into the house of Allah in the middle of the service – the Pig began to rush through the prayer hall of the mosque and attack the parishioners, injuring one of them. The parishioners had to shoot a boar right in the mosque, as a result of which the carpet was dirty with blood.

Given that the boar (pig) – an unclean animal by the canons of Islam, the administration of the mosque had to completely replace the carpet in the building and conduct a ritual cleansing of the prayer hall, IslamNews reports with reference to The Star . Such purification is carried out in 7 stages, while during the first one and them the contaminated surfaces are washed with a mixture of water and earth.

What happened next after Pig came into the mosque ?

A total cost of RM34,000 has been allocated to the change of the carpets within that mosque. Then the ritual called “Samak” had been performed after Local residents gathered in a mosque that same evening to help Imam Muhammad Bukhari and Ahmad Kamarudin clean up the cult structure. Samak means to clean the mosque or the place which had became dirty by anything, as this case was severe as Pig, which is considered as a Haram animal in islam had entered the mosque.

All of the villagers came and helped the mosque management to clean up all the dirt caused by that pig and made that place clean again. If you want to learn why Pork or Pig is haram in Islam then you can refer to THIS ARTICLE, to know more about this.