Home » Blogs » 12 Major Reasons Why Muslims Do Not Eat Pork 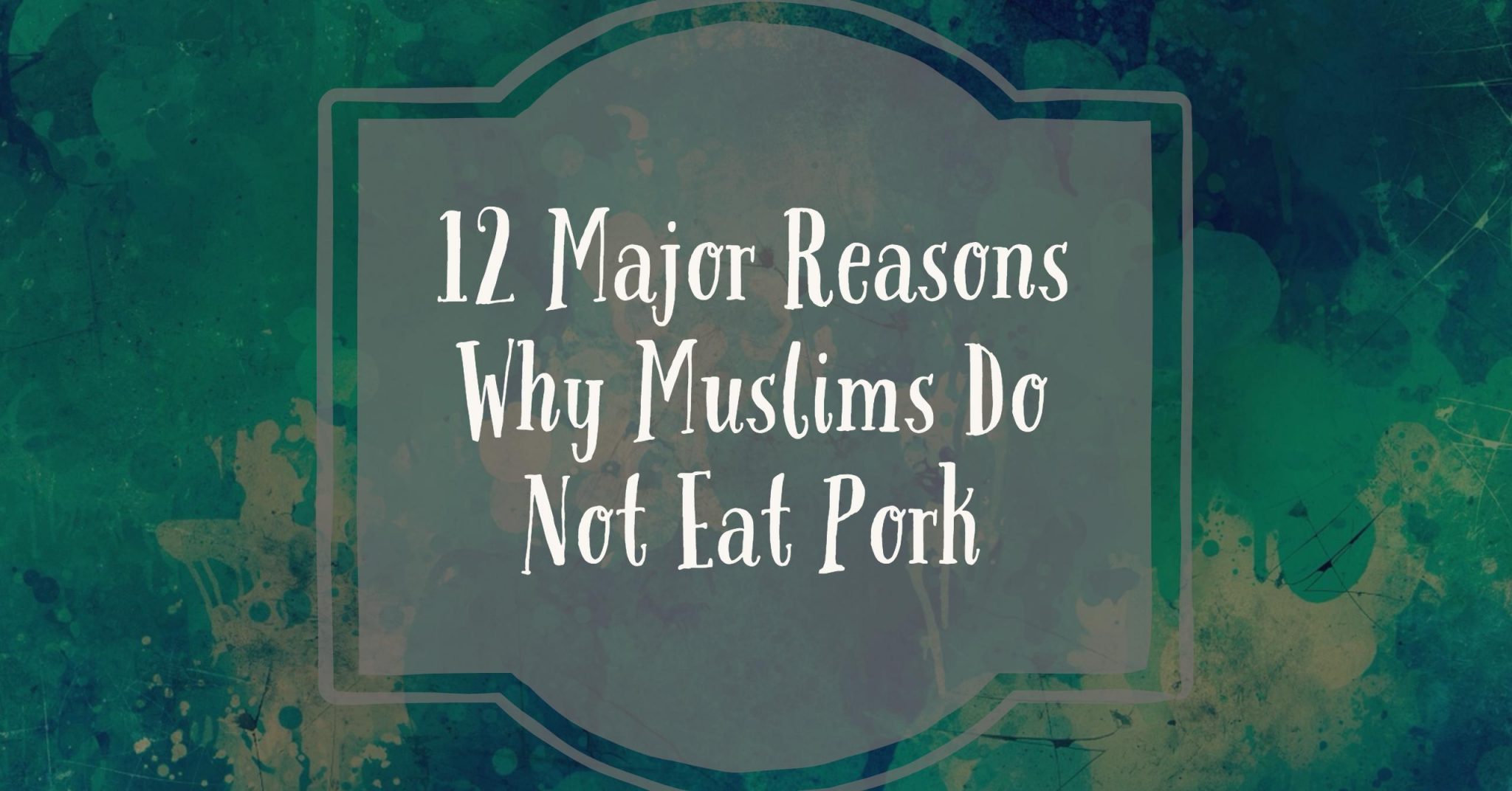 Many Non-Muslims often asks “why do Muslims not eat pork” or “why can’t Muslims eat pork” and ask the reasons behind its prohibition in Islam. And why the Pig is labeled as the worse Animal in Islam.

These questions are very relevant and should be answered. Today we’re going to tell you 12 facts which will tell you how horrible eating Pork meat is to your health.

1. Pigs can eat anything, this includes their own feces. It means, when they eat feces it grows cancer in a pig which can easily be transmitted to another pig. In their Faeces, there are lethal and hazardous insects can be found, which they eat as their food. Furthermore, they drink their own urine as well.

2. Pork meat soaks the toxins very easily in comparison to the other Animals. These Toxins make Pork mean deadly.

3. Pigs do not sweat, that means their sweat and other toxins, which are indeed deadly, merges into their body. Which is a major cause of cancer in a human body.

4. You can not kill a pig, even if you inject a Poison (Strychnine) into them, they are already very poisonous that the poison does not work for them.

5. In this era, some farmers keep Pigs as their pets to protect their farms from Snakes. Because a snake can never kill a Pig even if he bites the pig. As scientists say, Pigs are already so poisonous that the snake bite does not spread poison into their body.

6. When they die, usually Bacteria, Maggots, and Insects eat their flash faster than any other Animal.

7. As of now, there is still no safe temperature is being told at which a pork can be cooked in order to kill all the germs, Parasites and other toxins, that are lethal for us!

8. A pig has 4 times more fat as compared to the Beef. A large amount of fat consumption means you’re opening doors to Heart Diseases and other heart problems.

9. A cow, easily digests it’s food as soon as possible with 4 stomachs. While Pig takes more than 4 hours to digest which turns the food into flesh itself.

10. On average, a single Pig contains roughly 30 diseases that are deadly, and after eating them it is easily transmitted to the Human Beings. This is the major reason Allah has commanded the Muslims not to touch its carcass.

11. The major deadly diseases people get by eating the pork meat include; Gallstones, Meningitis, arthritis, typhoid fever, and Rheumatic disease.

12. The pig meat is so bad that it has some lines that are running down on each of their legs to their foot, which oozes pus continuously! Which eventually mixes with their meat, and when a person eats it, it means they are eating Pus full of deadly diseases.

So, now you have an idea why ISLAM has completely prohibited the use of Pork for all the Muslims. The facts stated above are scientifically proven. Do share this knowledge with your friends and family.

If this is correct, then it is obvious why the early people didn’t eat pork… They had the wisdom not to!