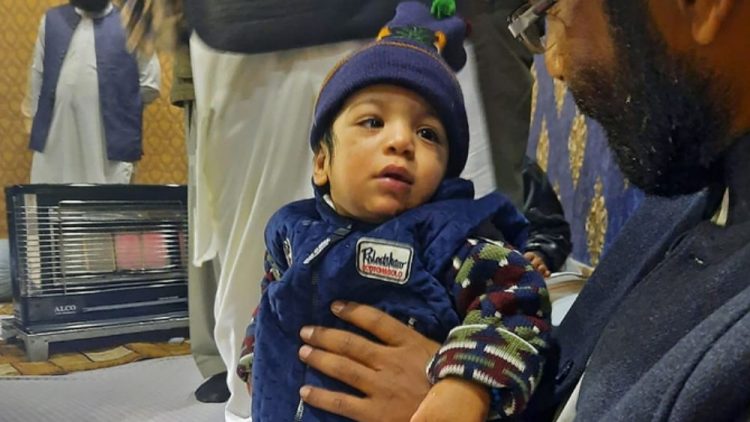 The umrah pilgrims Ghulam Haider and Bibi Hajra had to rush to the delivery room on 9th of January, 2020.

A premature Pakistani baby boy was born in Makkah. Abdullah was going through severe medical complications, and he only weighed 1 kg when he was born. The baby had to stay back at Maternity and children’s hospital when the Umrah Visa of his parents expired.

As the year passes, the family has reunited again, and a healthy baby boy is back in the arms of his parents.

In Quetta, Pakistan, immediate medical attention was needed for Abdullah, so for 46 days, he was kept on a ventilator. Abdullah’s parents were in contact with the government of Saudia, the health ministry of Saudis and the medical team from the hospital.

But they did not pay a single penny for the treatment of Abdullah, as the parents stated.

Hajra disclosed while speaking with Arab news that she had waited a painfully long year to reunite with her son. There are many things which may run in a mothers mind and cause her to worry. But Hajra was luckily in touch with the team constantly.

The mother thanked everyone after she reunited with Abdullah because her child was returned safely.

On the 15th of January, Friday, 2020 Abdullah, the healthy child was given back to his parents. Not only his mother was happy but also his father. Abdullah’s father is a vendor at a small clinic in Quetta.

His father says that we have heard multiple times about the tales of Makkah and his glory and miracles. But now we are in tears, and we wish Pakistani baby born in Makkah has a healthy and happy life ahead.