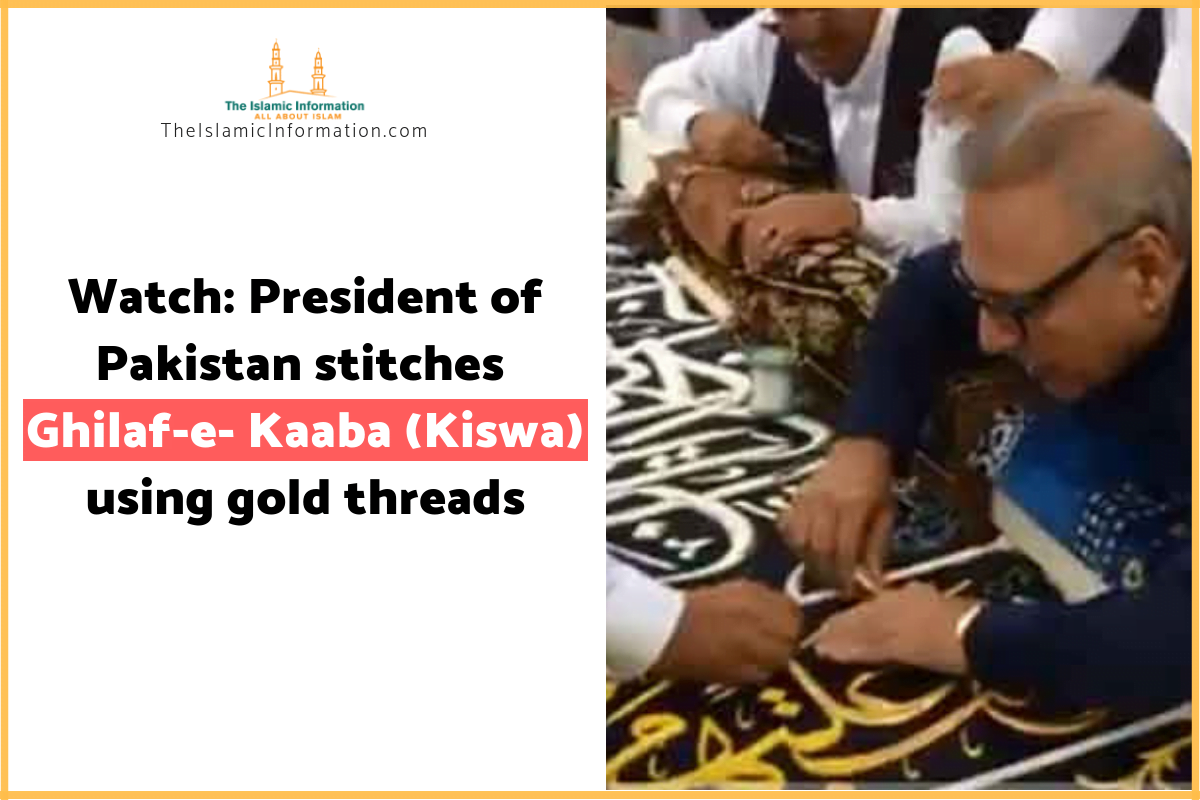 Pakistani President Arif Alvi is currently on his visit to Saudi Arabia where he performed Umrah, prayed Nafil Salahs inside Kaaba and stitched Kiswa.

During the visit of Pakistani President Arif Alvi, the doors of the Holy Kaaba were opened for him, where he offered the Nafil Salahs and as per reports, he asked Allah to help him in fight against corruption.

A video is going viral on social media showing Dr. Arif Alvi Pakistani President is seen stitching the Ghilaf e Kaaba (Kiswa, Also knows as the Black clothe covering the Kaaba). He was seen stitching it with gold threads with his own hand.

This video shows him stitching the Kiswa with gold threats, it is remained confidential the place of where Kiswa is being stitched.

Kiswa changes every 9th day in the month of Dhull Hijjah, it is the day when Hajj Pilgrims leave for the Mount Arafah while performing Hajj.

The gold work on Kiswa contains approx. 15 kilograms of gold threads, it consists of about forty seven cloth pieces and each piece is about 101 cm wide and 14 meters long.