After reading the Quran four times in a month, a Plymouth woman who was raised as a Christian accepted Islam. As a result of her decision, her family and friends were shocked, with her grandmother describing her change of faith as merely a “phase”.

In spite of the small Muslim community in Plymouth, three women converted to Islam during Ramadan (April). Every year, Muslims observe Ramadan as a holy month. During this period, Muslims fast between sunrise and sunset and give alms to the needy. The Plymothian woman I spoke with has changed her life for the better by changing her religious beliefs.

Maryum was raised in a Christian home and has always believed in God. As she entered her teens, she began to waver, no longer understanding the significance of going to church on Sundays or liturgy but just following along with the motion of the faith because that is what she had been taught.

After returning to Christianity in her early 20s, she attended an Evangelical Church, which she found easier to access. Since Maryum converted to Islam and took her Shahada at Piety Islamic Centre, she has only been a Muslim for a short period.

Her journey to Islam began after studying other Abrahamic faiths at university. Still, it wasn’t until a conversation with an electrician who came to fix a problem in her house just after the Manchester bombing that she felt motivated to investigate Islam more deeply.

I was scrolling through my phone, and commented ‘awful is awful,’ and he responded, ‘you think normal Muslims are like that?’ I replied, “I do not know any Muslims.” This led Maryum to further investigate Islam.

During Ramadan this year, Maryum read the Quran – the Islamic holy book – four times in translation, doing further research on parts she did not understand. She said: “My initial interest was just in what the Quran taught; you get people who have taken bits of the Quran and interpreted them as violent and hateful. 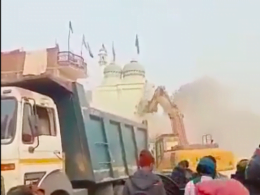 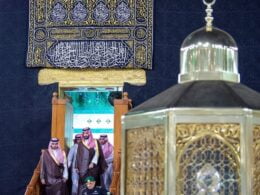