As a result of years of strained relations between the Mediterranean nations, Israel and Turkey reestablished full diplomatic relations on Wednesday.

Top officials from both countries visited each other in reciprocal efforts to mend ties in recent months.

The return of ambassadors “is important to improve bilateral ties,” according to Turkish Foreign Minister Mevlut Cavusoglu.

However, he cautioned that Ankara should not give up on the Palestinian cause because of closer ties with Israel.

During a trip to the occupied West Bank in May, Cavusoglu became the first Turkish foreign minister to visit Israel in 15 years.

Turkish President Recep Tayyip Erdogan declared their meeting two months ago marked “a turning point in our relations” during a landmark visit by Israeli President Isaac Herzog to Ankara.

After an Israeli military operation in Gaza in 2008, bilateral relations began to deteriorate.
Israeli raids on Turkish Mavi Marmara ships carrying aid to Gaza in 2010 resulted in the deaths of ten civilians.

Despite a brief reconciliation from 2016 to 2018, ambassadors withdrew once again over the killing of Palestinians. Between 2018 and 2019, Israeli forces shot more than 200 Gazans during border protests.

In July 2021, Herzog took office and publicly began the process of reconciliation.

Israel’s president said Wednesday that the full renewal of relations will promote economic relations, mutual tourism, and friendship between Israelis and Turks.

Trade between Israel and Turkey has continued despite diplomatic differences in recent years.

As a result of an Iranian assassination plot in Istanbul, Israel warned its citizens to return home in June.

Israelis swiftly resumed their Turkish holidays after Lapid thanked Ankara for its cooperation.

Ahead of his trip to Ankara, Herzog was sent to Cyprus and Greece in order to avoid upsetting regional allies.

Palestinians could benefit from Turkey’s normalization with Israel, it has stressed.

Cavusoglu said on Wednesday that he will continue to defend the Palestinians’ rights as he has always done.

The Holy Kaaba Has Two Roofs (1 Secret You Didn't Know) 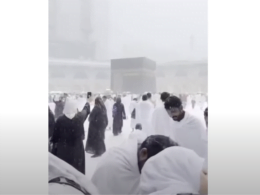 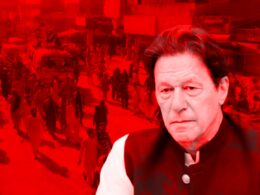