Christchurch, New Zealand: On Friday, two men accused of killing 51 people at the Christchurch Mosque attack pleaded not guilty to all charges against him.

Brenton Tarrant ridiculed his lawyer Shane Tait for a sinless request but did not show any emotion at the Christchurch High Court hearing.

The 28-year-old Australian appeared through a video link from a small room in the highest security prison in Auckland, where he was being held.

The court was crowded with 80 survivors and family members, and another 60 watched the video in the overflowing room.

Four cultural consultants and other staff members were assigned to help victims and their families understand the situation in the court and the next steps in the case.

A correspondent who had a word with survivors told that they have been praying during Ramadan and that the Muslim community will help and support each other in the coming weeks and months.

Tarrant was charged with 51 murders, 40 attempted murders and a terrorism allegation related to the March 15 massacre.

Tarrant was wearing a grey sweatshirt and was taken into the room by three prison officials. His connection was calm and he did not try to speak. When Cameron Mande asked if he could hear and see what happened in the court, Tarrant nodded.

This is for you! Qibla Finder has never been easy before
Visiting a new place and no idea where the qibla is? CollabDeen makes your Mosque a Smart Mosque. Prayer Time, AR Qibla, Nearby Masjid, Quran Radio, Events, Calendar and much more. Events are free and easy to create on CollabDeen. Increase attendance at events such as monthly gathering, Ladies events, Youth Event, Friday Prayers, and Eid Programs. Now get your Smart Muslim Productive App CollabDeen for Free. Download CollabDeen before end of this Month for rewards and points: 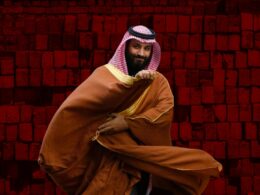 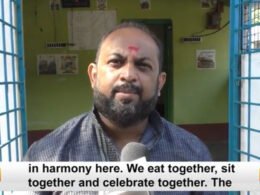