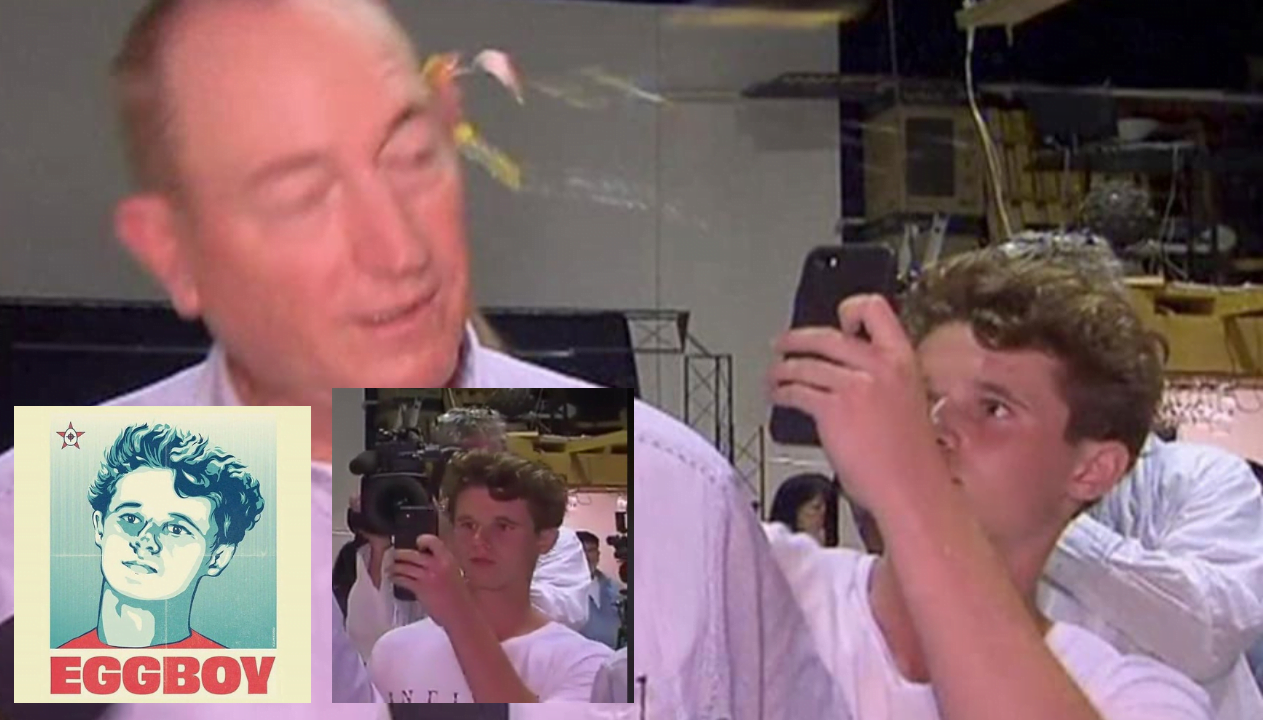 Will Connolly, also known as Egg Boy is set to donate his all GoFundMe earnings to the Victims of Christchurch attack in New Zealand.

Will Connolly from Victoria, Australia was seen smashing Egg on Fraser Anning’s head after Fraser blamed Muslims for Christchurch Attack.

Will trended on Twitter as #EggBoy and #EggBoyHero for two days in different parts of the world as people adore him and claim him a “Hero”.

People have been supporting Will’s act of egging Anning and standing up against the stance which was based on Racism. Fraser blamed the “Muslim Immigration Program” for this attack, which was not welcomed by many people all around the world, including the Australian Parliament itself.

In the video it can be seen, after getting egged by Will Conolly, Fraser Anning was seen hitting the 17 years old boy, Will. Australian authorities are charging Fraser Anning for manhandling a young boy.

Will was later escorted by the Police, but right after this People all around the world, started praising Will for standing up against Racism and support for Muslims.

Another news came that a Petition has crossed over 1 million signs which suggest expelling Fraser from Australian parliament.

In support of Will, many people came forward and wrote their views about how right Will was to show the world how one should respond to hate speech.

But that doesn’t stop people from supporting Will, in just two days Will Connolly’s GoFundMe Page has raised over $50,000 for the Christchurch victims.

Connolly has said that he will send all the money donated on his GoFundMe page will go to Christchurch victims upon reaching the target.

Talking to A9, Will’s parents told the news that Will was shocked and sad after hearing the news of Terrorist attack in Twin mosques in New Zealand. And is amazed to see the love he is receiving from People all around the world.

Come On Egg Boy, We’re with you!