Pakistani Business Tycoon, Malik Riaz, who is the owner of Bahria Town Pakistan held the dholki of his grandson in Lahore, in Badshahi mosque.

Pakistani audience is highly criticising the management after Pakistani businessman Malik Riaz openly held his Grandson’s Dholki in Badshahi Mosque located in Lahore, after the family danced on the musical tunes within Badshahi Mosque.

The videos of Dances and songs had been posted online by the photographer, Irfan Ahson, who was covering the event. The videos uploaded contains the footage of men and women dancing in mosque with the loud music on.

Since this is a mosque and a sacred place for Muslim as well as from a cultural aspect, it is also holding a high importance in the region.

While these people are openly enjoying dancing and music for the wedding of their grandson, people are still in shock why did they dance and played music in a Mosque ? Dholki is something, which includes dance and music and is not allowed within the premises of a Mosque.

Some people have pointed out that where all of this was happening so there is Allama Iqbal‘s grave located nearby, so this is highly inappropriate.

People are shocked to see the insensitivity shown by these people, they chose to disrespect the house of Allah for the sake of dancing and music.

None of Pakistani authorities took notice, all of this went viral on social media, still there are no actions taken for this incident.

People on social media are angry as no one acted upon it. As well as, the management allowed this to happen because he was the businessman.

These 12 Halal Memes Will Make Every Muslim Laugh At Once 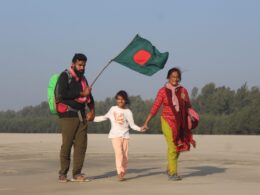