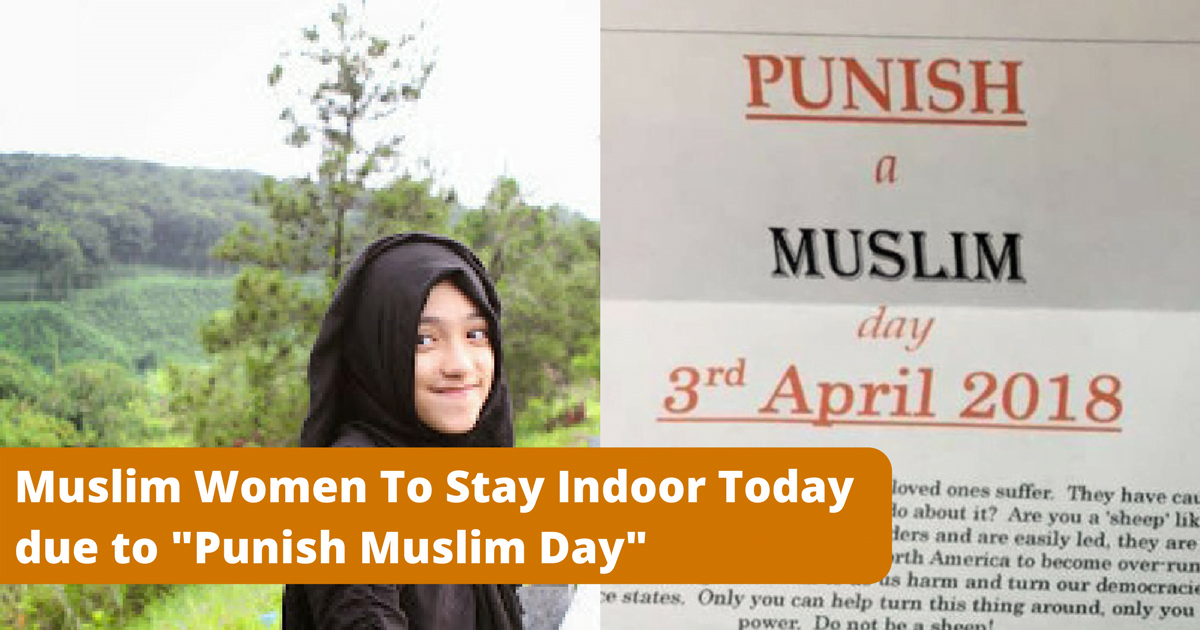 Punish Muslim Day is today, April 3rd. All around the United Kingdom the Muslim women are being told to stay indoors and avoid wearing hijab as this purge is going on in the country.

As a few days back we broke the news of an event called Punish a Muslim Day is going to take place in the United Kingdom. Letters were dispatched back in that day telling the people that whoever will murder any Muslims will earn rewards, which was clearly stated in the letter.

Muslims living in the United Kingdom were scared of this day and now it’s upon them today Muslim women have been told not to step out of their homes and do not carry headscarves if they do. They have also been restricted to pick up or send their children to the schools as there is a life-threatening situation is going on.

Whatsapp of all the Islamic community is circulating the messages to lock their doors properly and do not open the door if any unknown person arrives.

That WhatsApp text says: “isn’t always a funny story its ill plan they have got a pointing device where they may b giving factors and reporting on a site with vids and many others punishments include starting up hijabs…beating up or even acid throwing. may additionally Allah protect us”

The rewards listed in that letter are as follows;