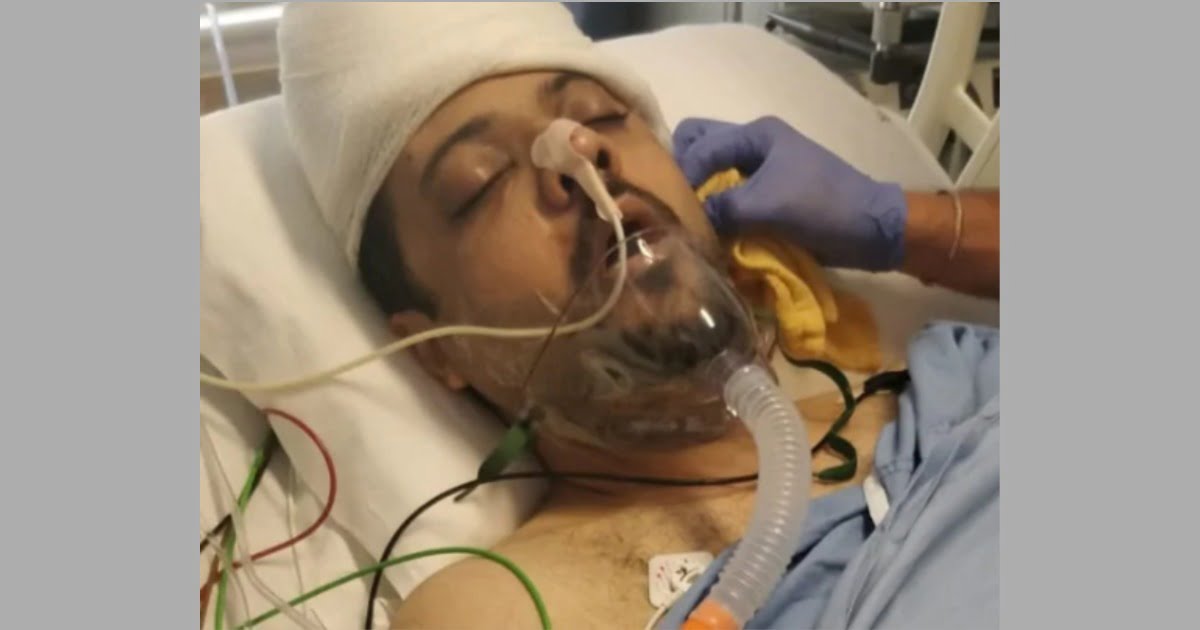 Muslim Muhammad Abu Marzuk was going to spend a quiet summer evening with his friends in his native Mississauga (Canada, Ontario), but instead he was on the operating table a hair’s breadth from death.

39-year-old Mohammed was going to take his wife and children home after a family event when two strangers kicked his car and cried out insults on religious grounds.

Abu Marzouk got out of the car and asked the men what was the matter. Instead of an answer, one of them dealt a blow to the Muslim on the head, and then the second one joined the beating. Muhammad’s wife Diana Attar from the car begged the aggressors to stop, being in complete horror – after all, she had two small daughters in her arms. After a moment, she still ran out of the car and began to call the police.

By the time Muhammad was already brutally beaten, his blood broke from his broken head, the man lost consciousness. Diana prayed desperately, asking Allah to save her husband’s life.

The father of the family was taken to the hospital and operated on, he is in serious condition on the apparatus of artificial ventilation, IslamNews reports with reference to CBC.

The police are considering an attack on a Muslim as a hate crime and have already arrested two Canadians, a 19-year-old and a 27-year-old.