London becomes Most Islamic City with an increasing number of new mosques as well as shariah courts beating Muslim countries out of this race.

London has shown an increasing scale of Islamic faith with hundred of shariah courts opening and many new mosque.

Maulana Syed Ali Raza Rizvi who is an active famous preacher said “This city (London) has become more Islamic than other Muslim countries combined together”.

Mayor of London, Sadiq Khan said “Terrorists can not tolerate Multiculturalism in London.” He said that after attack in Westminster last year.

423 new mosques have been opened in London and many of these mosques are crowded at the time of Salah. If compared that to churches then Mosques have many visitors than churches. 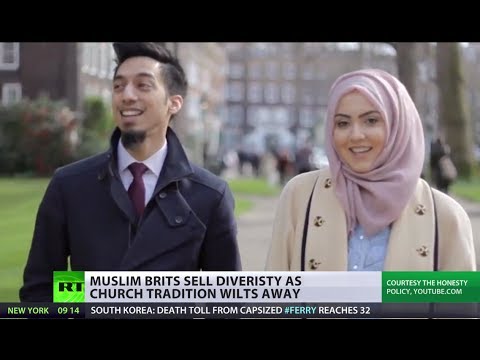 DailyMail published photographs of a church and a mosque which were located few meters away in London. San Giorgio church showed only 12 visitors to celebrate mass, while there were 1,230 worshippers five times a day in a single mosque.

There are many shariah courts in London, there are almost 100 shariah courts officially. Many british universities are also preferring Islamic Law studies.